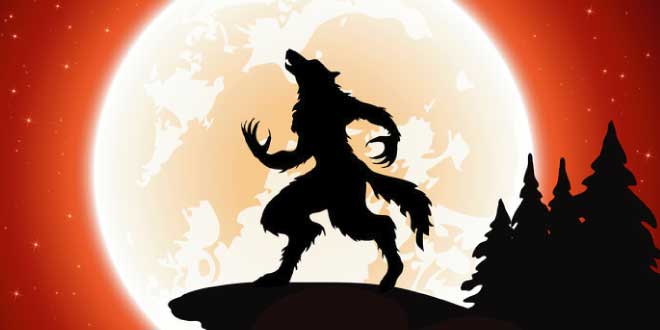 The generalized cryptid category referred to as the “dogman”, thought to be a type of werewolf, is usually associated with Wisconsin and Pennsylvania. But a 2009 report we discovered suggests dogman encounters have a far bigger range than previous thought.

The multiple Southern California dogman encounters were first reported on a now defunct website by two men in Redlands, California, about an hour drive east of Los Angeles. Redlands, part of San Bernardino County, is a relatively under-developed area compared to Los Angeles County and borders San Bernardino. However, after reviewing what information was available, the location appears to be Mentone, California, not Redlands. The reporters are probably describing the foothills of the San Bernardino National Forest.

Note: The best we could do to verify the report was locating a few separate articles from 2009 referencing the original. Although web.archive.org did have captures of the original site, we couldn’t find the reference material.

According to the pair, the sighting happened during previous winter when they decided to explore a lake they’d discovered.

The men spotted enormous footprints in the muddy ground, recently softened by rain. The impressions were nearly two feet long. The distance between them suggested whatever left them had a stride exceeding the gate of one of the men who was six and a half feet tall. Curious, they followed the footprints for some distance but soon lost the trail.

One of the men decided to return another time, despite the area being ‘terrifying’ according to the other. As he neared the spot where they saw the prints, he saw a tall, humanoid figure on the road. The pair returned the next day in search of the mysterious figure. After examining the location where it stood, they quickly realized it was even taller than he had first thought.

At that point, one of the men was shocked to see something standing in the field nearby. While it appeared to be a tall man, the body was completely covered with brown hair and its face resembled a German Shepherd. The pair high tailed it out of the area.

The two estimated that the size of the creature was approximately seven to eight feet tall with a broad chest, muscular physique, pointed ears and a canine-like head.

Here is the original report of the dogman encounters:

This is the true story of a canid creature my friend of mine and I believe we discovered/rediscovered.

It started I suppose last winter. Being in a particularly dry area of Southern California, It was to my great surprise when a friend of mine and I discovered a sizable lake just over a small ridge on a well traveled road in our area. We began exploration of the area, aided by Google Earth, which revealed a large number of lakes in the same vicinity. The lakes, as I was to later discover, were part of the valley’s flood control system, and hold water for much of the year.

During one of our explorations, we found something out of place. It was February, I believe, and after the rainy season, the grass had grown pretty tall on a ridge overlooking the first lake we found.
On this ridge we found a trail of very large foot prints. These prints were approaching two feet in length, with a very long stride (longer than that of my friend, who is 6’6”). We followed these prints for a good quarter mile before they disappeared into the chaparral.
From then on, we dubbed the creature “Lake Ape” and made many subsequent searches, to no avail (besides the discovery of several more lakes).
…
He decided to drive down the new side road alone one night (What made him do it, I don’t know. That road is terrifying at night.). He was nearing the first of the terraced hills when a figure crossed the road in front of him. He described it as a tall, dark, humanoid. It then climbed a 5-6 foot berm on the side of the road and disappeared in the direction of the hill.

We returned to the area the next day, and I reenacted the scene. From this, he determined that the creature must have been much taller than even he was to have looked taller than the berm from the distance that he saw it. I have to admit, I didn’t believe him at first, and thought that he was just making it up.

The following took place in the space of about two minutes:
While looking up at the trees, I noticed something much closer to us, standing in the field on the other side of the berm.

My thought process was actually quite comical. I first dismissed it as a bush, then kept looking up at the trees. I glanced at it again then thought it was a man- a very tall man. Then I looked at it longer and realized it was covered in brown hair. And, rather than the Sasquatch-like-creature I would have expected, it had a dog-like head (most comparable to a German shepherd).

I asked my friend, “Are you seeing this?”

And he said, “You mean that figure over there?”

There was a moment of silence in which the creature walked off to the left, to an area where the berm was too high to see over, and disappeared.

I believe we both shouted “OH SH**!” and sped off haha.
From then on, Lake Ape became “Dog Man.”
Both of our accounts of the creature matched up.
We agreed that it was:
-7-8 feet tall
-Was covered in brown fur
-Had a wide chest and muscular physique (body more akin to a man than Sasquatch’s is reported to be)
-Had a canine-like head, closely resembling a German Shepherd or other wolf-like dog, with large pointed ears