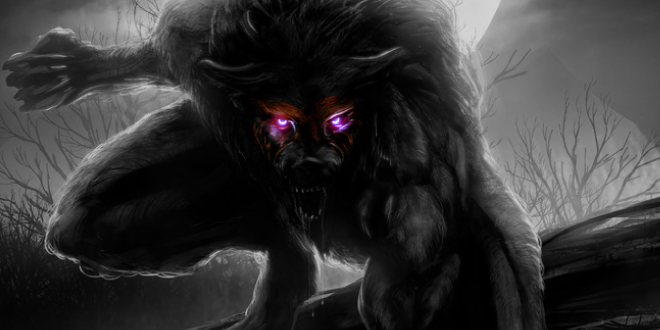 The seriousness in his voice and the look on his face when he described the werewolf that he had witnessed at Waverly Hills Sanatorium spoke volumes.

Anyone who has looked into the study of ghosts and hauntings knows of the Waverly Hills Sanatorium, which is located on the southwest side of Louisville, Kentucky. The hospital opened in the 1920’s as a treatment center for tuberculosis, and continued operations until the 1960’s. The treatments there were nothing more than a series of tortures performed in the name of medical science on helpless patients (more like victims) who had no say in the matter. An alarming number of those patients, over six thousand people, would never leave the grounds alive after arriving. After sitting dormant for nearly forty years, Tina Mattingly purchased the building, renovated it, and then opened it to the public as the ultimate ghost hunting experience. This is all well documented public information.

What’s not well known is the story of two individuals who took a trip to the Sanatorium back in 1993, almost ten years before the property changed hands, and when it was very illegal to venture forth upon the hill to get a peek into the darkened remains of the infamous hospital. As illegal as it may have been, many thrill seekers looking for a ghostly adventure travelled long distances to climb the hill and explore the abandoned building.

This story began at the Ft. Knox Military Reservation, some thirty miles south of Waverly Hills. In fact, traveling north on U.S. 31W, Waverly Hills Sanatorium is a straight shot from the famous Gold Vault, which is located on the base. A little further south is the town of Radcliff, and it’s here where a retired soldier decided to come forward and report his harrowing story to us.

The retired soldier and his companion, who wish remain anonymous for obvious reasons, had an experience there the likes of which they’d never seen before, or since. For all intents and purposes, we’ll call them Bill and Mike. According to their story, the two were looking to blow off some steam and they had heard of the local legend known as “the sanatorium”.

Ready for some excitement, Bill told Mike he would drive, if he was serious about checking it out.  Then, they jumped into the car and headed north. Upon arriving at the base of the hill, they decided to park at the nearby apartment complex, which is located at the south western edge of the property. Bill says they made an equipment check and then started their ascension up the long, paved trail way that snaked it’s way around the hill.

“We walk being cautious, because we knew if we were caught we’d be in big trouble.” Bill said with a chuckle. “We walked for a few minutes on this paved walk way, which was completely surrounded by brush and overgrown shrubs. There was a gated area some ways up the hill. We just walked around it. About five minutes up the hill, in the damn near pitch black, we saw movement up ahead of us. Mike was terrified and he froze up still, like a mannequin. I have to admit, I was a little scared too, because what we saw we still can’t fully explain.” It was at this point during his tale, his voice took a more serious tone.

Admittedly, listening to him recant what he witnessed raised the hair on the back of my neck.

“We stood there for a second, trying to figure out a logical explanation for what we were seeing. At first it was sort of hunched over, just sitting there like it was waiting for us. It looked like a large dog, but larger than a Great Dane. The thing I’ll never forget is those fiery yellow eyes. They were ablaze in the night like the fires of hell. I grabbed Mike’s arm to sort of snap him out of his trance, and told him to back up slowly. The creature we saw that night… I can only tell you that I believe it was a werewolf. The reason I say this is because, as we backed up, it stood up on its hind legs and took a step forward. No dog I know of does that, at least not the way this thing did. We moved back down the path slowly with this thing following us. I believe if it had wanted to, it could have killed us right there, but for some reason it let us leave unharmed. It watched us all the way back down the hill, and then darted off into the thick, wooded area surrounding the hill. We never told anyone else about for two reasons. One, we weren’t supposed to be up there; and, two, who would believe a story like that?”

As we ended our conversation, Bill asked me to respectfully leave his real name, as well as Mike’s real name, out of the story, because he feared some sort of retribution for his illegal escapade during his term of service in the United States Army. I thanked him for his service, as well his interview time, and we both went our separate ways.

So, without a single shred of tangible evidence, and with a story that happened in a time before the iPhone video, we have a horrifying tale from someone who I personally believe is very credible. The seriousness in Bill’s voice and the look on his face when he described the creature that he and Mike had witnessed there at Waverly Hills Sanatorium spoke volumes. I want to put emphasis on his description of the eyes of the creature. “They were ablaze in the night like the fires of hell.” I’m convinced that Bill fully believes what he saw was 100% a werewolf.

Could this have been an actual werewolf? If so, then has anyone else reported seeing such a creature in the southern Louisville area? Is it possible that this was some sort of apparition that manifested itself of Bill and Mike’s worst fears? The area surrounding the hospital is known to have strange effects on unwary visitors. Ghost and disembodied voices have presented themselves to thousands of people who’ve made the trek to Waverly Hills. It’s entirely feasible to believe other types of supernatural creatures could possibly be lurking in the woods around the hospital.

Anyone who has looked into the study of ghosts and hauntings knows of the Waverly Hills Sanatorium, which is located on the southwest side of Louisville, Kentucky. The hospital opened in the 1920’s as a treatment center for tuberculosis, and continued operations until the 1960’s. The treatments there were nothing more than a series of tortures performed in the name of medical science on helpless patients (more like victims) who had no say in the matter. An alarming number of those patients, over six thousand people, would never leave the grounds alive after arriving. After sitting dormant for nearly forty years,…
Eyewitness Report: Waverly Hills Sanatorium Werewolf
Eyewitness Report: Waverly Hills Sanatorium Werewolf
The Librarian

Previous Dear Sarah (Diary Entry No. 6)
Next A Personal Account of Sasquatch