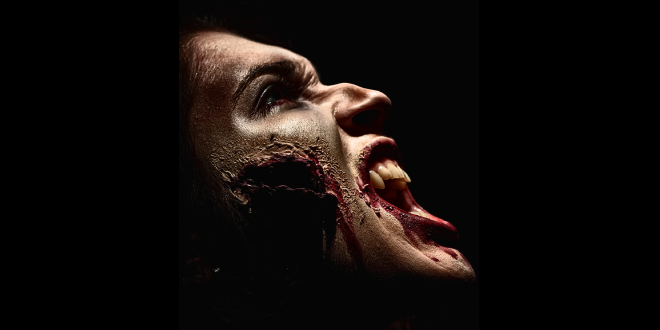 In today’s society it’s common to brush aside reports of anything unusual as the delusional or intoxicated ramblings of individuals who we like to believe didn’t actually see what they claim. We’ve mentioned this normalcy bias before because it taints our ability to remain open minded about the truth. To be fair, our reluctance to embrace anything not produced by Ryan Seacrest is in no small part due to the fact we’ve all been the victims of hoaxes.

However, this does put us at risk of ignoring viable threats until it’s too late to act. The South Korea Ferry Disaster is a tragic example of what happens when we fail to recognize danger quickly.  As the ship was sinking, children were filming what would be their last few minutes on earth and joking about how much this reminded them of Titanic. It wasn’t until their fates were sealed they realized what was happening and by then, couldn’t get out.

Beyond a natural instinct to mistrust contradictions to current beliefs, the reluctance of the Western culture to accept the truth about the paranormal is further driven by our false idolization of ‘scientific knowledge’. However, in some parts of the world, people still know better and hold onto what the Western culture has dubbed superstitious beliefs. Because of this, these people are better positioned to protect themselves in the event they actually encounter one of those creatures that goes bump in the night.

Sinister Sightings in the Philippines

In May 2012, a barangay (Filipino barrio) in Maguindanao was terrorized by multiple sightings of a creature we’ve discussed before called the aswang. The creature was first reported by an eight-year-old child who encountered the cryptid in the bathroom of his family’s home. The boy’s father, Alex Lumenda, rushed to the bathroom when he heard his child screaming.

Lumenda told local authorities and members of the press he had seen the creature attempting to grab his son but fortunately the boy was able to evade it. According to Lumenda’s report, the ruckus caused by the struggle was loud enough to wake up nearby neighbors. The physical description of the predator provided by Lumenda and his son was consistent with the aswang legend; long fangs, blazing eyes and unusually long nails & hair.

Another incident occurred that same night when one of Lumenda’s neighbors suffered the loss (mutilation) of livestock. Media reports indicate all of the neighbor’s goats were completely devoured, presumably by the aswang. In addition to the physical evidence, approximately 20 residents reported eyewitness accounts of the creature. It may be easy enough to dismiss one or two statements as a drunken stupor but it’s considerably more herculean to fabricate rational excuses to deny what was witnessed by so many.

It gets better. The sightings became even more intriguing when a resident of the area was physically attacked by something. Local officials were able to confirm the man, assuming the alias of Juvy to protect his privacy, had scratches and bite marks on his shoulder and hand. These wounds were blamed on the aswang, hastening the local government’s response to the situation.

What Did the Government Do?

While it’s uncertain if the town’s Mayor, Lester Sinsuat, actually believes in the aswang legend, he did take proactive measures to protect his citizens from the creature. The Citizens Armed Forces Geographical Units (a type of free-standing military auxiliary service enacted in 1987 by the President of the Philippines) began night patrols of the entire area; asking everyone to look after their neighbors. This heightened level of awareness may have created an unwelcoming environment for the aswang because the sightings quickly diminished. Only time will tell if the area is safe from the creature but it’s a good bet everyone will be very cognizant of their surroundings in the foreseeable future.

What Exactly is an Aswang?

If you’re not familiar with this Philippine legend then you’re probably wondering what type of creature this cryptid is. In practical terms, an aswang is best described as a vampire and werewolf hybrid. Often referred to as a witch, it has the shape changing capabilities of a werewolf and the supernatural qualities of vampire. Almost every area of the Philippines has a version of this myth, and historical records indicate that it was highly feared throughout the region during the 16th century. In speaking with some Filipino acquaintances from the provinces, the creature is best regarded as a werewolf from the Western culture.

The physical description of an aswang can vary from area to area but every version of the myth agrees they are shape shifters. They are said to transform into a wide variety of creatures, including dogs, bats, boars, birds and cats. There are some stories which maintain these creatures survive primarily on a diet of hearts and livers taken from small children and unborn fetuses. This might offer an explanation as to why an eight-year-old child was targeted. Perhaps the goats provided a temporary alternative to satiate the creature’s appetite. Aside from their animal form, aswangs are believed to typically live in a human form and are characterized as being shy, quiet and elusive (beware the loner).

One of the most interesting aspects of the legend is the belief that having an aswang living in a local village is actually a good thing because the creature would never target its neighbors. While I’m not sure I agree with the logic, the thinking is an aswang would prefer to avoid detection by traveling to another village in search of food.

How Can People Protect Themselves from an Aswang?

If you’re concerned there might be an aswang targeting your neighborhood, you should stock up on salt, garlic and holy water because all three of these items traditionally associated with vampires are believed to be just as effective. Additionally, there are certain prayers and agimats (Filipino charms) residents of the Philippines claim to be highly effective. If you want to kill an aswang, you’ll need to either decapitate it or beat it to death using a whip constructed from stingray’s tail. Curious enough, I’m told it’s not uncommon to have a stingray tail whip hanging above the door in the provinces.

How Do You Know if Someone is an Aswang?

There are many methods for determining if a person, who may appear to be human, is actually an aswang. For starters, albularyos oil (a type of witchdoctor potion) can be used to detect their nearby presence. Another method supposedly very accurate, albeit a little obvious, is looking into the suspected person’s eyes during the daytime. If you see your own reflection upside down in their eyes – they’re most likely an aswang. You might want to bring your whip just in case…

The incidents in Maguindanao make it clear that sometimes there are unbelievable sounding stories which are actually true. After all, it’s hard to make the assumption more than 20 people were lying, intoxicated, hallucinating or whatever the latest Alinksy conspiracy playbook says to call them to cause doubt in our minds these events occurred. When you add to the eyewitness reports the physical evidence of the murdered goats and the man who was attacked, it becomes virtually impossible to attempt to write this story off as anything other than what it was: verifiable proof aswangs (or werewolves) exist.

Previous Scariest Horror Movies: The Top 10 List of Horror Movies to Watch in October
Next The Legend of The Spooky Black Eyed Children