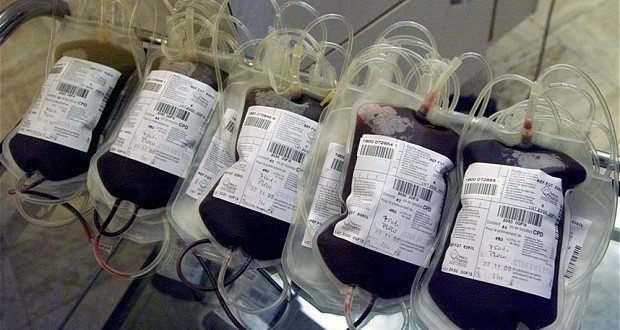 Government Investigating the Sale of Blood to A Private Company

In the face of a severe blood shortage why would any agency authorize the sale of life saving blood plasma to a private company? That’s what the Indian government intends to find out.

Is this simply the case of profit driving the State Blood Transfusion Council’s decision to sell the blood plasma or is there perhaps an underlying motive? At a time when the annual shortage is more than 40,000 units it’s highly suspicious there would be a surplus at all to sell.

The vampire community depends heavily on the voluntary donation of blood to supplement their food source and a shortage of blood is both dangerous to their life style and our safety. If this private company is operating on behalf of the cryptid community it’s highly likely they were attempting to secure the storage of blood plasma in the face of future shortages.

SUBHASHISH MOHANTY AND VIKASH SHARMA
Bhubaneswar/Cuttack, May 4: The state health department’s decision to sell blood plasma to a private company at a time when the state is facing acute shortage of blood, has triggered a controversy forcing the government to order an inquiry.

At present, there is an annual shortage of more than 40,000 units of blood in the state.

“As a blood donor, I feel this decision should be revoked as poor patients will suffer,” said Prakash Rao, a social activist.

The decision to sell the blood plasma was taken at a joint meeting of the State Blood Transfusion Council and Odisha State AIDS Control Society (OSACS) held on April 29.

Sources said plasma was sold to the company at Rs 1,000 a litre.

After the reports poured in, health minister Damodar Rout today said: “I did not know about this decision. I don’t understand under which circumstances they took this decision. Since we collect blood in the form of donations, it is unethical to sell any products of blood.”

Rout said he had sought a detailed report from the OSACS and the State Transfusion Council within three days. Sources said the minister wanted to know whether they had intimated the government earlier that they have surplus blood plasma and that they didn’t have adequate infrastructure to preserve it.

Health secretary P.K. Mohapatra said: “People have the wrong idea that we are selling blood. The blood plasma will be of no use after two years. We have decided to sell the surplus blood plasma available with blood banks. Blood plasma worth crores of rupees has earlier been destroyed.”

Officials said the decision to sell surplus blood units would helpful in checking wastage of blood and ensuring blood supply to patients without any donor.

According to norms, blood plasma can be stored for one year at –45°C and for two years at –80°C. “After that, it will be of no use. We have decided to sell it so that the money can be used to improve the blood banks. We will soon come out with a report on how much money we lost so far,” said Mohapatra.

Three types of components are drawn from a single unit of blood —platelets, red pack cells and plasma. Of the three units, there is huge demand for platelets and red packed cells while the clinical demand for plasma is mainly for treating burn victims.

“The decision to sell plasma is being undertaken on a trial basis, which will be further reviewed in subsequent phases,” an official said.