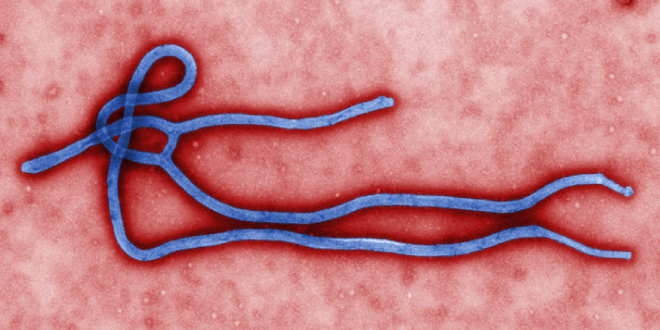 Has What Could Become a Real Zombie Virus Reached America?

Update: The CDC is now reporting a suspected case of Ebola in Northern California and is advising hospitals in the state to take screening precautions; especially in Southern California where there’s a large immigrant population with inadequate healthcare resources.

The story of the Ebola virus continues to develop in troubling ways. Two Americans who were assisting with the crisis in West Africa became infected, and the decision was made to fly them to the Emory University Hospital in Atlanta, Georgia. Government officials and medical professionals have tried to assure the general public that they are well equipped to maintain the virus within a specially constructed containment unit.

However, this situation has made many uneasy, and it is also the latest in a string of incidents that has the entire city on edge. Atlanta’s mayor, Kasim Reed recently stated that the city should be willing to assist immigrant children who have recently crossed the border, and this sentiment is at odds with Georgia Governor Nathan Deal’s former standpoint. Introducing Ebola into this environment could be the final straw that causes the proverbial camel’s back to break in Atlanta.

At this point, media outlets are reporting that Ebola has killed more than 1,200 people in West Africa, and this number continues to rise exponentially every day. We are concerned about the very real possibility that what is being called Ebola could eventually become a real zombie virus, something similar to the fictional Solanum virus that Max Brooks warned everyone about in his life-saving book entitled “The Zombie Survival Guide.”

After all, people are becoming infected at a dizzyingly fast pace, and several African countries have even closed their borders. It doesn’t take much of a leap to see how possible it is that we are being misled by several governments as to the true infectious potential of Ebola and our inability to contain it. It’s also not too difficult to imagine a Zombie contagion spreading very similarly, if not identically, with the same media coverage and misinformation provided by world governments. The fact that healthcare workers and doctors in Africa were infected with Ebola even though they have the best training and equipment tells us everything we really need to know about how easily this virus spreads.

The official answer to questions about why Atlanta was selected to become the first city in the U.S. exposed to the Ebola virus is the fact that Emory University Hospital was created under the supervision of CDC officials. Also, as anyone who watches “The Walking Dead” is well aware, the CDC is based out of Atlanta. Scary when life imitates fiction, isn’t it?

The most concerning part is U.S. citizens are being told there’s nothing to worry about because “trained” professionals have everything under control. However, there is a reason that “The Walking Dead” and “Zombieland” are filmed and partially set in Atlanta. The CDC has actually devoted time and resources to zombie research, and this indicates that we should be worried. All it will take is one simple mistake for Atlanta to become a hotbed of actual zombie activity. Also remember, unlike other viruses, Ebola can jump species which means any contaminated fluids or materials not incinerated could easily infect the local wildlife.

Do your own due diligence – don’t listen to anyone advising you to not prepare for the sake of maintaining status quo. In all likelihood everything will be fine but plan for the ‘what if’. No matter where you live, it is time to make sure your bug-out-bag is ready. Keep in mind that major cities such as Atlanta will be the most dangerous areas when an outbreak occurs, regardless of whether we are actually dealing with Ebola or zombies.

Do not wait until it is too late to have basic supplies stockpiled and prepared for a quick exit, including water, food and a first aid kit. It wouldn’t hurt to have some boxes of N95 masks and latex-free clinical gloves. You should also put some paper maps that can help you navigate throughout the country into your bug-out-bag because it is highly likely that your electronics will quickly become worthless.

Keep an eye (or ear) on the news to get a better idea of when you should take off for a rural area if things get really bad. Media resources will most likely resist telling you to evacuate densely populated areas for as long as possible to reduce panic. Remember that vigilance can save your life.

You can find out more information about Ebola from the CDC at http://www.cdc.gov/vhf/ebola/