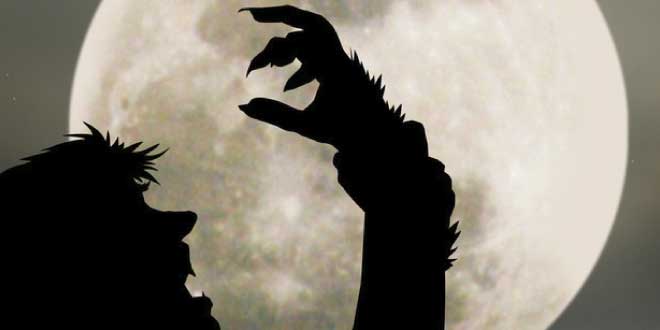 Self proclaimed werewolf Mark Andrews was sentenced to 50 years in prison for killing his vampire neighbor.

Skeptics routinely dismiss people claiming to be werewolves as merely suffering from an acute mental illness, such as schizophrenia.

Lycanthropy, the term of choice from the skeptic playbook, has only just within the last hundred years been viewed as a mental disorder. Several hundred years ago, though, it was a sure death sentence for anyone suspected of being a werewolf.

Such is the case for 53-year-old Mark Andrews, who in 2013 shot his neighbor, Colleen Barga-Milbury, to death because he believed she was a vampire. The scarier part of this ordeal is that he thought he heard the Almighty tell him to kill her because she was evil. Andrews received a fifty-year prison sentence, despite his apparent inability to comprehend the proceedings.

Andrews’ attorney tried to have the conviction overturned, arguing mental illness as his defense. However, Barga-Milbury’s former boyfriend believed that Andrews knew what he was doing, and did so of sound mind.

Oddly enough, local news, while investigating the murder, was apparently approached by Andrews, who said that the killer was an “animalistic bastard.” Was this an attempt to cover up the crime he knew he had committed or was Mark Andrews referring to the wolf within himself?

When given the opportunity to speak in court, Andrews contemplated what he would say briefly, and then declined to make a statement.

Could it be that Andrews really couldn’t comprehend the events that had taken place in his mind and express remorse for what he had done? Or is it possible that Mark Andrews was just trying to be clever; knowing that he had committed the crime but ultimately blaming the murder on the “werewolf” inside?

Whatever the truth, a series of lives were broken. Werewolf or not, Andrews was sentenced to 50 years in prison earlier this year for his crime.

Previous Could Weaponized Ebola Be Used to Create a Zombie Apocalypse?
Next Killer Blames Murder On His Werewolf Father