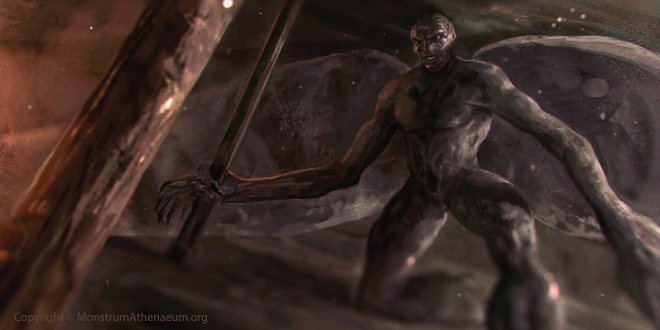 Are the Mothman prophecies real? Was it there to warn the people of Point Pleasant of an unavoidable event, or was the Mothman there to cause the event?

The Mothman Prophecies Are Based On A True Story 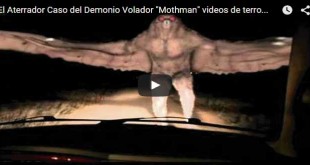 Is the Mothman Vacationing in Argentina?

One Man’s Incredible Journey Searching For The Mothman

For centuries people have reported seeing huge, bird-like creatures in populated areas around the world. Native Americans have the Thunderbird, which is called different things according to each individual dialect. Across the ocean, the Chinese have the Garuda. Other cultures spread across the globe have their versions of this creature, whom pop culture has dubbed “The Mothman”. In recent years, Hollywood has produced a movie called “The Mothman Prophecies”. There have been books and documentaries about this legendary creature as well; most notably the book by John Keel, also called the Mothman Prophecies, which preceded the movie by decades. With all of the Mothman sightings from around the world, one would think there has to be more than mass hysteria. How can people who live thousands of miles apart, and who have never met report the same sightings?

In November of 1966 in the town of Point Pleasant, West Virginia, circumstances concerning the Mothman grew to epic proportions. There were numerous sightings in a brief thirteen month time period, all of which were mysterious and frightening. As the months dragged on, those people involved in the reports were harassed by equally mysterious and frightening “men in black”. One lady even reported a scary man in black tried to force her into his car; tearing her blouse in the process as she barely escaped. Others still have lived with the horrific images of their close encounters for the rest of their lives. The whole ordeal over that thirteen month time period culminated in a tragic disaster at the Main St. Silver Bridge, which happened in December of 1967.

It has been long rumored the Mothman is a harbinger of death. That whatever it is, it seems to appear just before a disaster strikes. For the people of Point Pleasant, West Virginia, that disaster happened in December of 1967, as the Silver Bridge collapsed; taking vehicles and their passengers with it into the cold waters of the Ohio River. It was, at the time, the worst bridge disaster in American history. The forensic reports said it had been the thirteenth pin that failed, which caused the bridge to begin swaying. Eyewitnesses reported the traffic load on the bridge was fairly normal for that time of the day, which put to rest a theory that the bridge was overloaded. Author John Keel claims to have received warnings about his return trip to Point Pleasant; telling him to not go back. According to Mr. Keel, the source of the warning apparently knew he would have to cross that bridge on the day of its collapse. Thirteen months and the thirteenth bridge pin failing… A mere coincidence…? Or was it something more sinister at hand…?

Another strange coincidence about the Point Pleasant story concerning the Mothman is that during World War 2 there was an ammunition factory there, which by 1966 had fallen into a state of disarray and abandonment. The locals called it “the TNT area”, and it was mostly avoided because of the dangers the area held. The area has dilapidated buildings used to store ammunition during the war, but has long since been reclaimed by nature; being covered by overgrown weeds and shrubs. The whole area was fenced off and it was unlawful to enter, as the signs post around the area warned of the dangers contained therein.

Linda Scarberry was out with her boyfriend and another couple driving around the TNT area that November night in 1966 when the first sightings of the Mothman occurred. They claimed the first thing they noticed was a massive set of glowing, red eyes hovering ahead of their car. Then a body started to take form, which was like a man, but covered in hair. Ms. Scarberry said she knew it was a man-like creature, because she could see the details of its muscular build. The creature was said to have a massive set of wings, which allowed it to fly, hover in place, and even abruptly change directions in mid-flight. It would have truly been a frightening sight to behold for any group of young friends. (Note: The wings of the creature are the common factor of all the Mothman sightings from around the world.)

As such, the group was terrified and fled the scene quickly. They reported that, as they left the area, they noticed whatever it was they had seen was following them. The chase reached a very high rate of speed… 60 MPH… 70 MPH… 80 MPH… and so on. In just a few short moments the chase was reported to have reached a speed of 120 MPH, and that the creature was still gaining on them. Shadows of the mysterious creature passed here and there; terrifying the passengers of the car as the raced away from what they perceived to be certain doom. The flying beast chased them all the way back into Point Pleasant, where it suddenly disappeared.

The group of frantically scared teenagers ran straight to the police station, where they made the first report of the Mothman in Point Pleasant. The sheriff went out that chilly night in search of the Mothman; driving around the TNT area with spotlights ablaze, but to no avail. The creature had vanished as fast as it had appeared and without a trace. The only thing left was a group of teenagers with images of terror etched into their minds forever.

Other witnesses of the Mothman over the next year would also report swollen, red eyes, and severe headaches, as well as visits from bizarre “men in black”. Others still had vivid nightmares of catastrophes during that time period before the Silver Bridge collapsed. Are the Mothman prophecies real? Was the Mothman there to warn the people of Point Pleasant of an unavoidable event, or was the Mothman there to cause the event, and then simply flutter away to another city somewhere around the world? Whatever the case may be, the legend of the Mothman lives on and the most recent Mothman sighting occurred in Colorado where a man encountered the creature living in his attic.