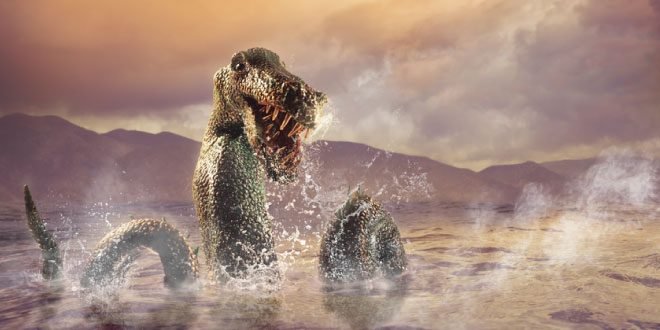 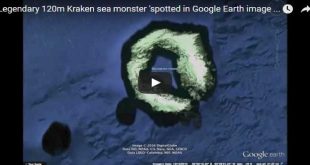 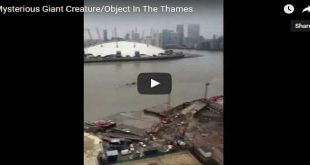 Are lake monsters around the world such as the Loch Ness Monster leftovers from the dinosaur age?  A recent sighting of the Lake Champlain Monster reported to Cryptozoologynews.com seems to indicate yes.

The sighting by two women in their seventies took place on Lake Champlain in Vermont. The pair were jet boating opposite Charlotte when they spotted something in the water fifty feet away.  At first, they thought it was a swimmer but soon realized they were too far from shore.  What they original mistook as a person’s head was certainly not and was attached to a long body swirling and frothing in the water.  The pair watched the creature for around three minutes until it dove back underwater and vanished.

This sighting isn’t the first time one of these gals spotted a mysterious creature on the lake. According to Lisa Alther, she first saw the creature on the lake in 1980. In her opinion, the cryptid looked like a plesiosaur, a marine reptile from the Mesozoic era believed to have died out some sixty million years ago.

Lisa was in a group of fourteen folks who also saw the snake-like creature break the surface, exposing several humps.  It had scaly skin and moved with a rolling motion before disappearing into the lake.  She firmly believes that this creature and the one spotted recently are both the same.

Below is a decent YouTube video about the Lake Champlain cryptid discussing earlier sightings.