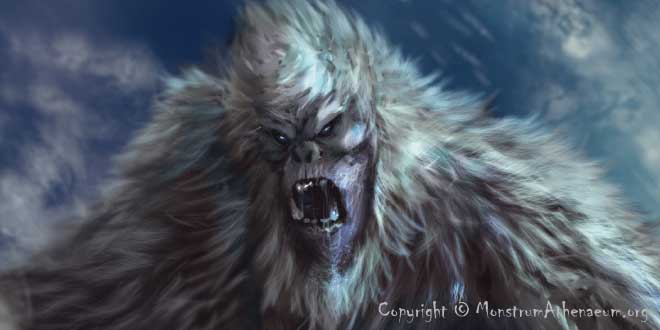 If you’re a local to the Ozark Mountains of Missouri, you’re well aware of Bigfoot, but you’re likely to know it by a different name, the Blue Man of the Mountains. As past times go, keeping an eye out for the “Blue Man” is probably high on your list.

David Prater lives in Salem and has been Bigfoot tracking since the 1970s. Preferring to travel by horseback, he says if you are patient and know where to go, it is possible to see the creature.

David grew up around the Round Spring area of Shannon County and had his closest encounter with the Blue Man of the Mountains southwest of Bunker, around the Big Creek area.

The Bigfoot he saw was squeezing a hedge apple and drinking the juice. It fled when it spotted David, and even though he chased after it, the creature vanished into a massive sinkhole that smelled so terrible his horse refused to enter. David described the creature as having bluish, short and curly hair.

Locals including David claim the Blue Man of the Mountains is often drawn to the sound of wild horses. However, they suspect it also uses the animals as an alarm, vanishing into its hiding spots when the horses become agitated by their presence.

Another local, Dr. Emmett Reary, is a local Bigfoot researcher. He earned his title after requesting mountain lion sightings in a newspaper article but ended up receiving Bigfoot sightings instead. Dr. Reary has documented over a hundred cases reported from the Ozarks region with the Mark Twain National Forest being a particular hotspot. Many sightings were submitted by vacationers encountering the reclusive cryptid unexpectedly.

Besides spooking tourists, the Blue Man of the Mountains has gotten close and personal with some locals. One report described large handprints on a garage door close to an area known for activity. Perhaps the creature isn’t entirely happy to share the wilderness with humans and isn’t afraid to let them know.