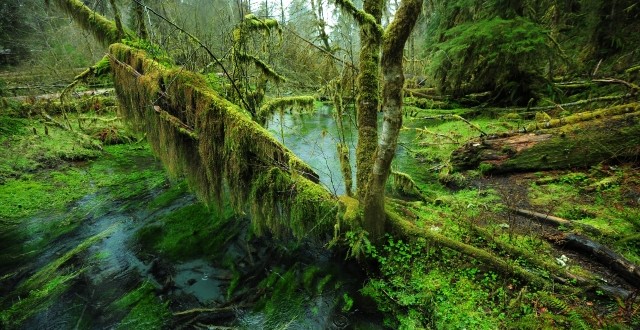 Bey was very special, and his mother loved him very much. Some even said his mother was a little too overprotective at times. They both lived in the Louisiana Bayou, right smack dab in the middle of the swamps. There’s gators and Burmese pythons that can swallow a feller whole there, but they never bothered Bey and his mom. They had a healthy respect for nature, and the animals never messed with them. The same couldn’t be said for some of the tourists who got a little too cozy at times and weren’t familiar with the rough environment and dangerous animals. Things didn’t work out so well for them, sometimes.

Life in the Bayou

Bey and his mom were Cajuns. His mom, Denee, was a beautiful woman, even though she looked like she had lived a hard life. When he was born, his father was still alive; but when he was five, his father had an altercation with a man in a bar. The man went to his car, got out his shotgun, and came in and killed his father–shot him while he had a drink raised to his lips. Denee worked two jobs after that to keep a roof over their heads and put food on the table.

Denee had some friends that would come by sometimes, and they told her that she was spoilin’ the child. She wouldn’t hear none of it and would tell them that it warn’t none of their concern. They’d titter amongst themselves, and when they were done gossiping and trading recipes, they’d go on their way.

Her boy was getting bigger, too, and she would send him off to school every morning. She was concerned for his welfare, so she made sure she waited for the bus to take him to school in the morning, and that she was there when they dropped him off. She’d even do it when the exhaustion from all the hours she worked made her feel like she was going to fall on her face. Bey was her world, and she became more worried about him every day.

Bey had something wrong with him that was almost like autism, and the doctors ran tests on him to try and find out what was wrong. He’d be lucid one moment, and then be in his own little world the next. They never could explain to Denee what it actually was, so she finally gave up trying to find out. She didn’t put him in a special school, but no one ever really picked on him at his regular school. He was coherent most of the time, and most of the kids liked him.

He’d got hurt one day after playing with another little girl at school. She was his friend, and gave him her little charm bracelet one afternoon. He got really sick after playing with her, and his mom was called by the school to come get him. He got worse, and she took him to the doctor. The doctors had a lot of trouble getting him better, but he finally recovered and was able to go back to school with his friends. He seemed very happy after that, and Denee stopped worrying so much about him after a time.

One afternoon, Denee got off work, and it was almost time to pick up her son at the bus stop. It was his birthday, so she went to her friend’s house to pick up her son’s birthday cake. It was his favorite, yellow cake with caramel icing–and it had some colorful balloons and clowns on top of it. Denee complimented her friend on how gorgeous the cake was and tried to pay her–the friend would have none of it, though. She shushed Denee and sent her on her way.

She drove to the bus stop and arrived there with the other parents. She said a few pleasantries to the other mothers and one father and waited for the bus to arrive. It did, and the children began to empty out of it. She looked forward to the look on her son’s face when he got off the bus and saw the cake. The bus emptied out all the way, but he didn’t come out. Alarmed, she went to the bus driver and asked why he wasn’t on there. “I don’t know ma’am. He never got on that I know about,” he said. “I would call the school, and see if they may have kept him for some reason.”
She called, and the school didn’t know where Bey was. The police were called after that, and Denee found out that her son had an “episode” at school and wandered off. Search parties were formed to find him. Three nights later, Sheriff Purdue came by her house and told her that hunters had found the boy’s small body in the woods. They later questioned a man about it, Carl Whitaker, who was a known sex offender that lived close to where the body had been dumped–they had to release him for lack of evidence, though.

Denee had a shotgun and loaded it and headed to his house to shoot him because she believed he was the one who killed her boy. Sheriff Purdue saw her as he was leaving the dirt road that led to Whitaker’s house and intercepted her. “Denee, you don’t want to do that,” he said to her as he pulled her over and peered into the backseat at the weapon. “It won’t bring him back, and you’ll just be in jail. We don’t even know if it’s him.” Denee looked at him, and told him, “I’ll know if it’s him. I’ll know.” She began to cry, and she broke down and just howled. The sheriff never heard a sound like that in his life, and he vowed to her that he would catch Bey’s killer.

“I know you will if I would let you,” she thought to herself. The sheriff had talked her down and she headed home, though. A few more nights went by and Denee drank whiskey to make it through the haze that was her life now. She went outside to where the full moon was and stepped outside where you could hear the summer tree frogs and crickets make their music in the night. The gravel crunched underneath her bare feet and almost hurt. The night air had that wet, clean smell she always loved ever since she was a kid. The full moon was rising on the horizon beneath the silvery clouds and was breaking through every now and then.

She hurt inside and felt all messed up. She pulled the little charm bracelet out that the little friend had given Bey at school and looked at it, “Silver,” she thought as she raised it up to her cheek, and it burned and made a smoky path as she stroked it across the smooth skin of her face. The tears and heat combined to make smoke and steam rise from her face. She remembered that the silver always made Bey sick and gave him symptoms of autism whenever he came in contact with it, but he loved playing with his little friend that had silver jewelry. Little werewolves are sensitive to a lot of things, she knew.

The last thought she remembered as a human that night was that she smelled Bey all over the area Carl Whitaker lived when she met the sheriff on the road. Werewolves can smell for miles. The next thought was of running through the swampland and woods to his home on all fours and padding up on his front porch. “Who’s there,” he said sensing the danger outside.

It’s mama wolf, she thought to herself.

Bey was very special, and his mother loved him very much. Some even said his mother was a little too overprotective at times. They both lived in the Louisiana Bayou, right smack dab in the middle of the swamps. There’s gators and Burmese pythons that can swallow a feller whole there, but they never bothered Bey and his mom. They had a healthy respect for nature, and the animals never messed with them. The same couldn’t be said for some of the tourists who got a little too cozy at times and weren’t familiar with the rough environment and dangerous…
Swamp Mamma’s Revenge
Swamp Mamma’s Revenge
The Librarian