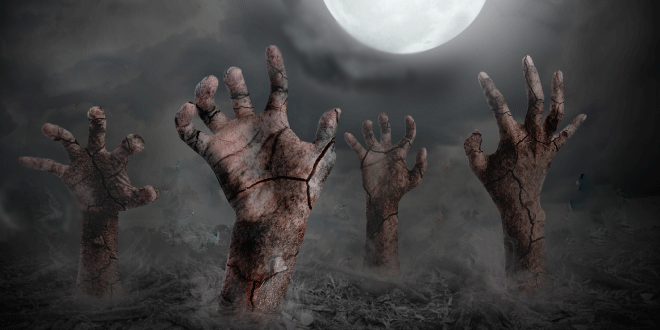 Taking Out The Trash

Tim Davenport was enjoying the sunset on the horizon of the San Francisco Bay while he stretched out in his chair with a beer. He was out on his houseboat which he often used for recreation, and also sometimes when he worked for a living. That day he was working with his business partner, Carlos, who was downstairs pan-frying some fish for them to enjoy later before they got back to the task at hand.

Tim and Carlos worked for powerful drug dealers and often “took out the trash” for them when someone screwed them over by using up the drugs themselves, or when it was somehow lost during a deal gone bad. Usually they just disposed of the bodies, but sometimes they actually did the deed themselves. Tim went downstairs and was met by the smell of the fish cooking. He was hungry and was beginning to get impatient that it wasn’t ready yet.

There were three guys down in the cabin tied up who wouldn’t be admiring the smell of fish frying, though. They wouldn’t be having dinner on his houseboat or anywhere ever again.

These guys were some new trash one of their bosses, Marco, wanted killed and disposed of. Two of them sold drugs for Marco and one was an undercover cop. An informant had tipped Marco off that the cop was setting them up for a sting. Marco told them to go see the men and get in there and take care of it. They accompanied the two men to meet the undercover cop in a warehouse, claiming they were some “extra presence” that Marco wanted there when the deal went down. They all met in an abandoned warehouse and Carlos shut the door when they entered. They shot the unsuspecting trio as soon as they were in there and no one ever suspected a thing.

They wrapped the bodies up in plastic and duct taped the plastic closed. They put them in a rucksack and stuffed them in the trunk of the car and took off to the Berkley Marina, where they loaded up the bodies onto the Tim’s boat later that night. Most people wouldn’t think twice about the large rucksacks being loaded into the boat – looks just like fishing gear getting loaded on the boat.

By the time Tim and Carlos got finished loading the boat and getting it ready to go out on the bay, the sun was coming up, so they decided to go out and dump the bodies near Richmond’s Point, a popular dumping ground for bodies.

Sometimes they disposed of bodies in acid tanks and other times they disposed of them near where they did the killing. Tim was always glad to get a chance to dump the bodies in the bay because it gave him an excuse to go out on his houseboat. The jobs paid Tim pretty well and he had two homes counting a nice apartment in downtown San Francisco and his houseboat. He especially enjoyed the jobs where he got to work at home and laughed to himself when he thought about it.

Carlos had finished cooking the dinner and they ate their meal in the galley. It was good and by the time they were finished, it was dark. They took the bodies upstairs and got them ready to throw them overboard. They weighted them down and threw them in the sea. Afterwards, they had a few more beers and fished for a while. Later, they went to bed. After Tim had been sleeping for a while, he was jarred awake by Carlos who was shaking him pretty hard. “What is it?” Tim asked. “Do you hear that, man?” Carlos whispered to him.

Tim did. It sounded like a man calling out for help. They ran upstairs and looked out on the water. Carlos grabbed a flashlight and shined it on the water. They didn’t make it out at first, but near the boat there was someone struggling to stay afloat in the water on a piece of something, wood, maybe? Carlos told him to hang on, and he went inside and maneuvered the boat closer to the man. Tim and Carlos knew they would need to bring him inside and do something with him because he had been too close to where they had dumped the bodies overboard. He may have seen something–they couldn’t risk it. Tim went and got the life preserver and threw it to the guy. He pulled the man in and got him inside the boat. It was really cold that night, and the guy’s skin was freezing. Tim felt it when he grabbed the guy’s arm.

They took the guy, really young by the look of him, downstairs to where it was warmer and came upstairs to discuss what to do with him. “You see the shape that guy was in?” Carlos said. “Yeah, he didn’t see nothing, He could barely see to walk when we took him downstairs,” Tim replied. They agreed it would be safe to let him live. They also agreed if they had been an hour later in rescuing him that most likely the kid would be dead.

Tim went to go get something stronger to drink. When it was finished, he went downstairs to talk to their passenger. “What’s your name?” Tim asked him. “I don’t know. I don’t remember,” the boy said. “What’s the last thing you do remember? “ Tim asked curiously. “Waking up in the water and it was dark,” the boy replied to him. “I’ll get Carlos to bring you something warm to drink in a little while,” Tim said and he left, happy to put some distance between him and that kid. He was uncomfortable in the fact that after talking to him that he thought he looked familiar, too. The things that went on before must be getting to him, he thought.

Carlos and Tim stayed upstairs talking about heading in to shore in a little while and taking the boy to the hospital. They would dump him off at the door and wouldn’t stick around for anyone to ask any questions, they decided. From the looks of the kid earlier, it looked like he’d probably be all right. A couple of hours later Carlos got up and said that he was going to head downstairs to make the kid some tea and a sandwich if he could stomach it.

Tim was smoking a cigarette and looking over the side, when Carlos came crashing through the door, white as a damned sheet and shaking. “That freakin kid is still as cold as when we drug him out of the water, and he reeks like fish that’s been layin out in the sun all day! Nothin livin smells like that, Tim!” Tim cursed. “This is getting to you man, let’s go downstairs and see what has you so spooked,” Tim said to Carlos. He went downstairs and the boy was still sitting there as he had been since they brought him in. The teacup was still lying on the floor where Carlos dropped it, shattered into pieces.

As he approached him, the boy looked up at him for the first time since they had brought him into the water. The smell Carlos was talking about hit him and he recoiled and took a step back. He remembered where he knew the boy from and pulled his gun out and held it on him. “This is the little piss ant that Charlie killed last week,” he turned to Carlos and said. “Charlie said he killed this kid and his whole family when the dad screwed Marcos over.” Tim had seen the boy on the news earlier in the week. Charlie worked for their boss and used this area as a dumping ground, too. Charlie had bragged about how long it had taken the teen to die after he had been gut shot. That was harsh, even for Tim who wasn’t into cruelty as a general rule.

He turned to Carlos and told him to lift the kid’s shirt up. “Naw, I aint touchin him!” Carlos answered back. “Do it!  We have to know. I have the gun on him. He makes a move; he’s going to be painting the boat!” Carlos walked over to him and pulled up the damp sweater, and they saw what was there.

There was a huge ruin where his abdomen used to be and crabs and other creatures fell out of the void onto the floor and squirmed and splashed around in the seawater that poured out of the hole.  Carlos whimpered, but the kid stayed still the whole time looking at Tim. Tim was getting ready to shoot the boy when they heard thumping sounds upstairs. Both of them turned to the sound, and that was when the boy moved like lightening and was on Carlos, ripping his arm apart with his teeth. It reminded Tim of when they fed crocodiles when he was a kid. The crocodiles would be still as death, but when food dangled nearby, they were lightening quick!

Tim got a clear shot and the bullet hit the kid in the back of the head. That has to do it, that’s how you kill zombies, he thought in desperation. They ran upstairs and saw that the dead which had been dumped in the bay were crawling up onto the side of the boat. They were in all stages of decay. A mass of them pushed Carlos back into a room and were on him in no time. Tim backed up against the rail as more of them came toward him. There were too many of them on the boat to take any chances. Blocking the gnashing teeth with his arms and hands, he grabbed the life preserver from the side of the boat and jumped overboard. The dead didn’t get Tim after that. He stayed adrift for a while and died of exposure.  After that, he waited for Charlie to come to the bay again.

Tim Davenport was enjoying the sunset on the horizon of the San Francisco Bay while he stretched out in his chair with a beer. He was out on his houseboat which he often used for recreation, and also sometimes when he worked for a living. That day he was working with his business partner, Carlos, who was downstairs pan-frying some fish for them to enjoy later before they got back to the task at hand. Tim and Carlos worked for powerful drug dealers and often “took out the trash” for them when someone screwed them over by using up the…
Taking Out The Trash
Taking Out The Trash
The Librarian