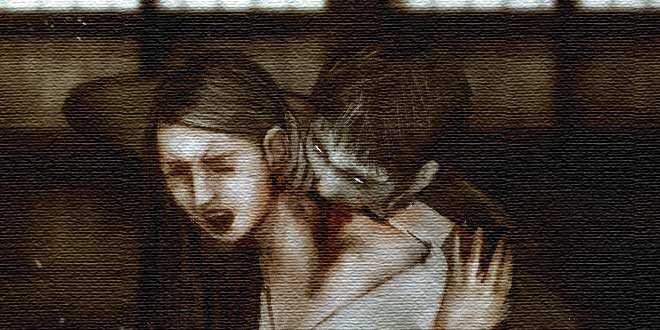 Which brings us, more or less, to now. I promised that I would tell you everything, and this is the best I can do. I’m sorry I can’t explain myself face-to-face but, like I said at the beginning, this might be my only chance to explain at all.

I’m giving this story to you, Jenna and Miranda, because you’ve seen enough of it yourselves that you might believe me. Also, because you are the two people I most want to understand why I’ve done the things I’ve done. This is an apology, as much as an explanation.

This isn’t just for you, but I’m trusting you to decide who else to share it with. Maybe keeping secrets was my first mistake. Maybe not. I really don’t know.

Since I came to this city I’ve found one good place and a few good people. Better than I deserve. I can’t let Nick endanger them. I can’t let him twist the Club—a place I know brings people together and makes them better—into a place where a killer just gets better at killing. I can’t let him change my friends like he did Sig.

I never actually knew Sig, so I don’t know how much of him was left after Nick changed him. I want to believe that Nick killed Sig months ago, but something of him must have been left even at the end. He was conflicted. He was tired. But had he been a murderer before he met Nick? I can’t believe that. Nick put something inside Sig that Sig couldn’t control. Sig killed because he didn’t want to die, and he would have kept doing it if I hadn’t stopped him. Nick is the same. If I don’t stop him he’ll kill someone else.

I have a plan to destroy Nick at his home, while he rests during the day. If I can expose him to sunlight, or if I can put something through his heart, that will be the end of it. I realize that I might have to fight him, and that’s never a sure thing. I know I’ve trained longer than he has, I won’t let him twist my mind like he did before, and I won’t make the mistakes I made with Sig. Nick may have other advantages I don’t know about. Whatever happens to me, I won’t say it isn’t fair. It’s my choice.

I’m not going to ask for help. I’m making myself as ready as I can, but I’m choosing to risk myself—no one else.

If Nick wins, I don’t know what will happen. I can’t be sure he’ll kill me.

Along with everything else, this is a goodbye. I don’t think I’m better or stronger than Nick or Sig; I can’t say what I’ll do, or who I’ll be willing to hurt, if I end up like them. But I can choose this now. My plan is to leave Seattle once I’ve done what I have to do. To disappear and never look back. It’s the only way I can be sure I won’t betray anyone.

If you ever see me again, run.

I’ve made the usual inquiries into the persons mentioned in this account.

The Seattle Police Department has missing person files for one Sigmund Jonson and one Chelsea Brewman since 2011. Both cases remain open. Miranda Lee now lives in Tacoma under the married name Miranda Sheppard. I leave to your discretion whether or not to contact her.

The Emerald City Submission Grappling Club remains open, but its owners declined to give information on current or former members. Politely but firmly.

I found no traces of Matthew Reyer after the date of his message. I can, at least, say that neither he nor “Nick” remain in the Seattle area.