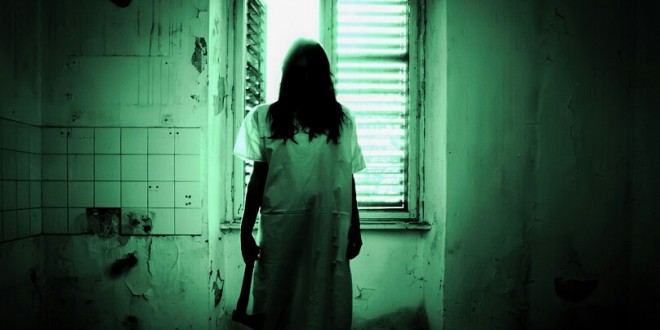 Fortunately, some real life scary ghost stories have been able to hold up to close scrutiny, making it easy to determine the paranormal is actually real. 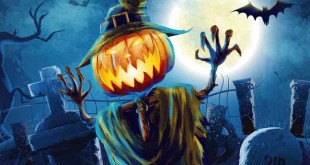 There are several scary ghost stories throughout history of interesting encounters with apparitions but many of them are not taken seriously due to a lack of evidence. Fortunately, some real life ghost stories have been able to hold up to close scrutiny, making it easy to determine the paranormal is actually real. Even if you have never seen a confirmed ghost yourself, you can take solace in the fact the following encounters were very real.

1. The Greenbrier Ghost – In 1897, a woman named Zona Heaster Shue, commonly referred to as Elva, was found dead in her home. The initial examination found no obvious signs of anything other than a natural death, and her husband began to plan her funeral. Everyone except for Elva’s mother, Mary Jane Heaster, believed there was nothing suspicious about the young woman’s death. Mary Jane was certain something was amiss and began praying every night for the spirit of her daughter to come speak with her. It took a few weeks but eventually Elva appeared four nights in a row and told her mother the truth about her abusive relationship. Elva went on to explain her husband had murdered her by breaking her neck. Mary Jane was able to convince a local prosecutor to order an examination of the body and a complete autopsy. Unsurprisingly, a real examination discovered Elva had died from having her windpipe crushed. This combined with the murderer’s spotty legal history led to a trial and the ghost’s testimony was relayed by Mary Jane to the jury. The end result was a sentence of life in prison for the man who originally thought he had gotten away with murder.

2. Anne Boleyn – Making the decision to marry Henry VIII in 1533 was one of the worst things Anne Boleyn could have done if she was hoping to live a long and happy life. Unfortunately, the king was well-known for having a bad temper and making rash decisions and had Anne beheaded in 1536. Although this was terrible for Anne, it has led to some of the most interesting ghost sightings in history. Anne’s ghost has been seen by everyone from tourists to Major General J.D. Dundas and she often haunts the grounds holding her head. One of the most famous encounters with the spirit of Anne Boleyn took place in 1864 when Dundas watched her terrify a guard by appearing in the courtyard where she had once been imprisoned.

3. Kate Morgan – After abandoning a life of crime, a woman named Kate Morgan was found dead in 1892 in San Diego in what was originally believed to be a suicide. However, it was more recently discovered the gun that was used to fire the lethal shot was not the same as the one found in her dead hand. This has led to the theory her estranged husband murdered her and staged it to look like a suicide. This would help explain why Kate’s ghost haunts the Hotel Del Coronado where she had been staying when the murder occurred. Electrician Alan May is one of many people who have seen Kate’s ghost and he has also indicated the lights on the stairwell where Kate died are constantly going out. Perhaps her restless spirit has been trying to set the record straight about her death for all of these years.

4. The Bell Witch – Hollywood was captivated by the true life story of the Bell Witch and this led to the creation of a box office sensation entitled The Blair Witch Project. The real story is actually much more fascinating than the film and even President Andrew Jackson was so terrified by his investigation of the paranormal reports he was unable to stay in the Bell family home where most of the sightings occurred. According to the original story from 1817, the Bell family was cursed by a witch known as Kate Batts. Whether Batts herself was a ghost or simply conjured a poltergeist to traumatize the family is unclear, but it is known that several highly unusual incidents were documented. People who visited the home were pinched and slapped, there were often unusual noises within the walls and objects were constantly being thrown without anyone being near them. The majority of these encounters involved the youngest daughter of the family and the ghost’s scary actions even caused her to break off her engagement.

5. Chloe from Myrtles Plantation – This highly haunted property contains some of the most notable paranormal activity in America. Chloe was reportedly a slave who was put to death after she accidentally killed the children of property owners Clark and Sarah Woodruff. Chloe’s apparition is more unusual than most because it appears in the form of a mirror etching in the entrance room of the large house. The people who currently maintain Myrtles Plantation have gone on record about personally witnessing Chloe’s image reappearing in each new piece of glass they put inside of the elaborate mirror frame. It seems like the ghost has made the decision to always haunt the place where she was killed. Perhaps she is trying to remind people to take a look at all of the bad things they have done before they pass judgment on others and take the law into their own hands.

6. Dolley Madison – This former first lady suffered through many years of poverty and illness before she was fortunate enough to meet James Madison, the man who would become the love of her life and eventually ascend to the rank of president of the United States. Dolley was one of the first women to become closely tied into politics, causing her to deal with a lot of scorn while she was alive. Perhaps this explains her reluctance to depart Washington D.C. and her ghost has been seen numerous times inside the Octagon House’s main ballroom. People who have encountered her spirit say you can tell she’s near because an unexplained smell of lilacs will fill the room. Dolley’s love of flowers led to one of her most notable appearances. Woodrow Wilson’s wife decided to have the White House’s original Rose Garden removed, but Dolley showed up just in time to scare off the workmen. This was enough for the Rose Garden to be preserved and it is still in place today.

7. Mickey the Sailor – An old bar in New York named The Ear Inn is haunted by the ghost of the sailor named Mickey. According to local reports, Mickey lived in a tiny flat above the bar in the 1950s but died tragically in the street outside after being hit by a car. His untimely death seems to have riled up his spirit because he is now well-known for being destructive and displaying misogynistic behavior. Several fires have been started by the ghost and he frequently does things to terrify women who are within the bar. Some recent instances have even showcased the ghost’s ability to show his disdain for modern society by drastically reducing cellphone battery life within just a few seconds.

8. Joseph and Molly – In the 1880s, a man named Joseph Forepaugh made the unwise decision to start having an affair with the family maid. Joseph’s wife caught him and Molly in bed and this naturally led to a huge scandal. To make matters even worse, Molly became pregnant and she felt so desperate she ended her life instead of dealing with all of the inevitable consequences. Joseph’s moral fiber might have been weak enough to allow him to cheat but he did truly love Molly. Because of this, he ended up killing himself as well within the house where they had started their affair. The property has since been converted into a restaurant and it is extremely common for patrons and employees to see the ghosts of both of these tortured lovers.

9. Theodosia Burr – Former Vice President Aaron Burr’s family was devastated when his daughter, Theodosia, disappeared in 1812 after getting on a schooner heading to New York. It is unknown exactly what happened to the vessel she boarded but her spirit haunts the Outer Banks where she departed land for the last time. Many locals and tourists have had encounters with Theodosia as she mournfully walks on the sand while wearing a white dress. Her actions serve as an indicator of what was most likely a very tragic death and she has also joined the ranks of notable people who have helped verify the ghosts are real.

10. Elizabeth Pratt – Fort Mifflin is haunted by many ghosts but the most prolific spirit is by far Elizabeth Pratt, also known as the Screaming Woman. According to a local legend, Elizabeth got into a large fight with her daughter and disowned her. Unfortunately, the daughter ended up dying from typhoid fever before the two of them were able to reconcile. Understandably, this caused Elizabeth to become wracked with guilt and she slipped into a heavy depression from which she never recovered. The woman killed herself at Fort Mifflin but her spirit has not been able to bring itself to leave the area. Instead, her tortured screams are often heard throughout the night and they seem so terrifyingly real that the police have been called out several times to make sure no one was being murdered on the grounds.

These 10 well known and verifiable scary ghost stories are merely the tip of the iceberg, so it seems odd so many people choose to deny the existence of paranormal spirits. However, at least now you know the truth and you also have a better understanding of the typically tragic life circumstances that cause a spirit to decide it cannot move on from the area near its final resting place. Interestingly, there have been many stories of apparitions being spotted until bones were unearthed and given a proper burial. This seems to indicate everyone wants the same thing after death: Peace of mind and to be put to rest in a publicly recognized manner.

Previous The Beast of Gevaudan: Werewolves Kill Five Dozen
Next Are We One Step Closer To The First Ebola Zombie?