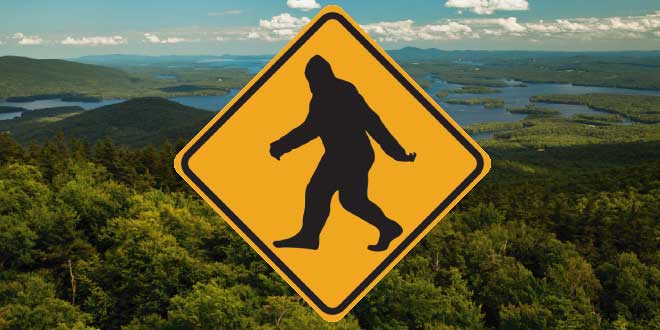 Was Bigfoot Found in New Hampshire? Find Out on Jan 17

The popular Animal Plant program “Finding Bigfoot” spent some time last year exploring New Hampshire in search of the cryptid, and the creative team is finally ready to tell the world what they found. It remains to be seen if the show will air any concrete evidence of Bigfoot roaming through the Granite State, but people worldwide will certainly tune in on January 17 at 10 p.m. EST to find out.

This most recent search for Bigfoot in New Hampshire kicked off on April 7, 2015. Before physically exploring the area, the “Finding Bigfoot” team held a meeting at the Bretton Woods Ski Lodge. Local area residents in attendance were invited to share any personal sightings or other applicable information that could help the camera crew in their hunt to document irrefutable evidence that Bigfoot is alive and well.

During the past four years, “Finding Bigfoot” has taken researchers, a field biologist, and Bigfoot Field Research Organization president Matt Moneymaker to eight countries. The TV group also traveled through 38 states at Animal Planet’s behest. Their adventures have led to good ratings, including an impressive 1.3 million viewers for the season two premiere back in 2012.

Moneymaker indicated that the search in New Hampshire went well, but he also made it clear that snow hindered the team’s efforts. In other words, we may or may not finally be getting the documentation that would prove beyond a shadow of a doubt that Bigfoot is real. On the plus side, this season of “Finding Bigfoot” will also feature footage from several other areas, including New York, Florida, Maine and Texas.

Perhaps by the end of the season, all doubts will finally be put to rest.

Previous The Lesbian Vampire Killer
Next The Night Class, Part 7