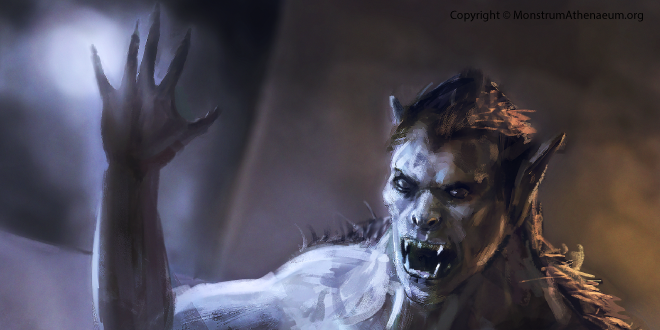 The killer had been nicknamed the Werewolf Killer by the press because he only killed families on nights the moon was full.

Gerald Burns was a criminal profiler and had been called in by the police chief to look at a crime scene. Just like countless times before, he drove to the residence, parked his car and headed to the house to look at the murders. He got to the front door and was pushed aside by one of the cops who ran past him to puke by the front steps.

“Idiot,” said Detective Bailey as he glanced at his officer hunched over the railing. “Hey, Jerry. Come on in,” he said as he motioned Gerald into the house. “It’s a rough one just like last time,” he added.

Gerald nodded and walked into the living room. From what he could tell, nothing was out of place. It was a two-story house. Nice one, too, he noticed. He lived in a dump and would have liked to have lived there–except for last night. Last night a serial killer had torn apart the whole family. The killer had been nicknamed the Werewolf Killer by the press because he only killed families on nights the moon was full. He also tore his victims apart………and ate them.

Gerald put on his gloves and walked toward the downstairs hall.

The first sign that something was amiss was the stairs leading to the upstairs hall. There was blood spatter on the walls and pictures of the family were hung there, haphazardly now. The pictures were of Mr. and Mrs. Espinoza and their three children, ages 12, 10 and 3; that’s what Gerald was told. The 12-year old had spent the night at a cousin’s house, so he had been spared–not the rest of the family. He made his way up the stairs and Mr. Espinoza was the first one he saw. Parts of him which hadn’t been eaten were strewn all over the hall and stairs. Blood and bits of tissue everywhere.

Gerald headed toward the bedroom where he knew he would find Mrs. Espinoza. True to the killer’s M.O. Mrs. Espinoza had been sexually assaulted by the killer before she had been killed the same way as her husband. He examined both bodies before heading to the children’s rooms. The crime scene investigators were going over the murder scene and had made it to the children’s room–they were dusting the room for prints and processing other pieces of evidence. They all had that look like this was the part about the job they hated as they met Gerald’s eyes and looked away quickly.

“The bastard,” Detective Bailey said, catching up to him. “I hope you help us catch this sicko!”

I will. Gerald thought to myself.

Gerald finished studying the crime scene and briefed the team on the evidence and what he knew about the killer’s profile so far. He agreed to directly assist Detective Bailey and his team on the investigation. Gerald’s help was always welcomed because Detective Bailey’s team had a near perfect apprehension rate when he assisted; the man was simply brilliant.

The killer was wasting no time casing his next victim’s house. He had his eye on a cute couple who’d brought in their laptop for repair.  The couple, whom he hand-picked from a group of others, would be perfect, he thought to himself. They were bright, beautiful, with a baby and small child in their arms when they came in.  They smiled a friendly smile and thanked him when they left. They’re the ones, he thought as they left the store. Exceptional specimens.

He looked at the card where they had neatly filled out “Mr. and Mrs. Price”.  How nice!

The killer went the Price home that night and began his patient wait — less than a week until the full moon was full. Every night that week he faithfully went back to the Price home and waited until Mr. Price came home at 6:00 pm. The Price’s had big trees by the porch and he’d easily be able to slip up behind Mr. Price from his waiting place nearby as he opened the front door.  He had a gun and knew Mr. Price wouldn’t make a sound when he saw it and would let him in.

Tonight was the night and it was perfect, the moon was full and he had prepared all week long. The killer began to move out of his vantage point and started walking around to the front of the house, gun in his hand. The killer never saw who hit him from behind, knocking him unconscious as he rounded the corner to the porch.

When the killer woke up, he was sitting in a chair tied up fast. He looked up at the man that had knocked him out cold. The man spoke to him as he opened up his wallet and pulled out his license.

“Hello, Mr. Thromgood, is it?” The man spoke to him disdainfully and threw the wallet at his feet and smiled quietly at him. “My name is Jerry Burns, and I am so happy to meet you. I’ve been looking for you for a while”.

He’s a cop, Thromgood thought to himself. He could tell he was a cop just by looking at him. He spit on Gerald’s shoes and told him to piss off. He knew vigilante justice when he saw it.

“Well, Jerry, in a little while you are going to be knee deep in it because I’m going to rip your face off,” he said to his capture. Thromgood knew the moon was rising, he could feel it in his bones. The fever and hunger was driving him crazy. He’d bust through the ropes and chair and knock that smug little smile off his face soon. Then he’d find the Price family next month – Jerry would have to do for now.

“You’ll need this,” Gerald said to him, and held up a werewolf mask in front of him.

“What the hell is that?” He asked Gerald, confused.

“That, my friend, is what you put on along with the rest of the costume after you tie the families up. Then you drug them and kill and eat them,” he answered.

“No, that can’t be right. You’re nuts–trying to mess with me,” Thromgood yelled.

“No, Thromgood, you’re the one that’s actually nuts. You just think you’re a werewolf.” Gerald said with a grin.

Gerald turned away and walked over to the table. He had caught Thromgood because the killer visited the Espinoza crime scene and stood around behind the barrier where the police had cordoned off the murder house to watch the fallout of his handiwork–like killers so often do. He was able to smell Thromgood standing there outside just as he smelled him all over the house. He watched him get in his car and leave afterwards. It was trivial to look up his plate after that. While Thromgood had been stalking the Price family, Gerald had been trailing him and followed him to the Price house that night.

Thromgood asked him what he was going to do with him.  Burns didn’t answer right away and started taking off his shoes and clothes because he’d prefer not mess them up. He folded them up neatly and turned back toward Thromgood. The man was becoming terrified because the tell-tale signs of the transformation were beginning to disfigure Gerald’s naked body.

Before he turned into the wolf he answered the man’s question, “I mean to eat you!”

Gerald Burns was a criminal profiler and had been called in by the police chief to look at a crime scene. Just like countless times before, he drove to the residence, parked his car and headed to the house to look at the murders. He got to the front door and was pushed aside by one of the cops who ran past him to puke by the front steps. “Idiot,” said Detective Bailey as he glanced at his officer hunched over the railing. “Hey, Jerry. Come on in,” he said as he motioned Gerald into the house. “It’s a rough one just like last time,” he added.…
The Werewolf Killer
The Werewolf Killer
The Librarian