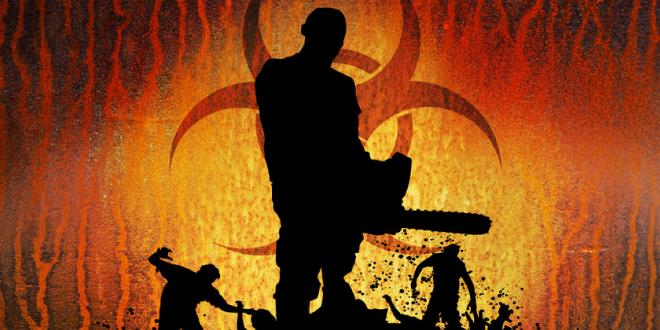 During a zombie attack some weapons will be more desirable than others due to the extreme amount of damage that they can inflict upon targets; both living and dead. However, when choosing a weapon of undead (m)ass destruction, you really need to choose wisely. Simply put, the wrong choice of weaponry could be the last choice you ever make. All that being said, this is a list of weapons which may seem like an awesome idea at first glance, however, in reality they just don’t make the cut. (No pun intended.) This is not a complete and exhaustive list, as stated in previous articles, as everything can be improved upon.

So how’d you do on this zombie apocalypse quiz? I hope this list of poor weapon choices will help you make the correct weapon and knowledge choices when the time arises. The only time it’s too late to learn what to do in any given situation is when the storm is raging and you’re in the dark. (Metaphorically speaking.) It’s kind of like waiting until the day of the big test to open the book to study. You won’t know the answers, because it will already be too late.

This is a continued and longer list of even poorer choices of weapons to use but not quire in the top ten of our zombie apocalypse quiz. These weapons are silly, cartoonish, and in some cases, downright lame ideas for zombie killing weapons. No big explanation will be given for most of these items, nor is one even really needed as to why it would be a stupid decision to use them as self-defense weapons. Some of these are items in which I’ve actually heard, with my own ears, people talking about grabbing and whacking a zombie to death with when the apocalypse comes to pass. Others still are items I’ve seen in movies and on video games, which mostly need no explanation as to why they would suck as weapons to kill zombies. And here we go…

Previous Canadian Film Team Attacked by Ghouls (Zombies) in Siberia: Fact or Fiction?
Next Was Abraham Lincoln Killed By a Reluctant Zombie Hunter?