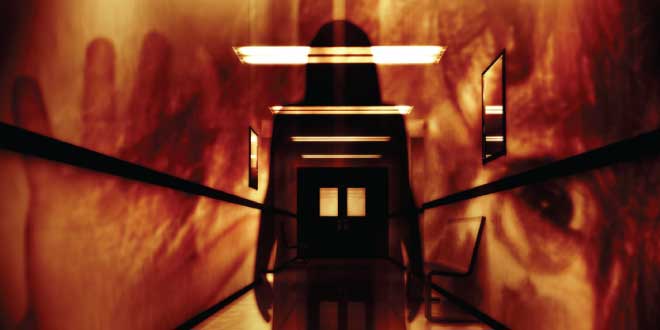 The haunts we've selected are easily accessible lodging, so you don't have to worry about breaking into abandoned buildings but are certain to provide a hair-raising experience no matter when you check in.

The Ozark Howler: the Myth, or not

With Halloween quickly approaching, even folks typically uninterested in the macabre are looking for a bit of spooky fun. For fans of the cryptid world, the fall season is prime time to revel in ghost stories and spend some time in real haunted houses. The good news is, regardless of where you might fall on the spectrum, there’s a little bit for everyone. We’re sharing our 2015 list of the ten most haunted places in America to have a sleepover. The haunts we’ve selected are easily accessible lodging, so you don’t have to worry about breaking into abandoned buildings but are certain to provide a hair-raising experience no matter when you check in.

Time Magazine called the Queen Mary one of the top haunts in the country. Even though this old boat’s been converted into a hotel, it lives up to the hype. While sailing the high seas, many passengers and crew died unexpected deaths aboard the vessel. For example, a group of children tragically drowned in the ship’s pool.

Many visitors and paranormal experts studying the Queen Mary continuously experience spirit activity while on board. In fact, paranormal encounters are so common that ghost tours are offered, and it is possible to stay the night.

If you’re a horror fan, then it’s a virtual certainty you’ve heard of the Stanley Hotel. After all, it was the inspiration for Stephen King’s novel, made into a movie, “The Shining.” According to the hotel’s staff, paranormal activity has been observed on the grounds and documented since 1909. Apparently not a deterrent, visitors request to stay the night in the most haunted rooms. However, if you’d rather face the paranormal during the light of day, you can sign up for one of the hotel’s daily ghosts and history tours.

The history of Myrtles Plantation is long and occasionally bloody. One of the most enduring legends regarding this paranormal hot spot is the story of Chloe, a slave murdered after she accidently poisoned the children and wife of the plantation’s former owner. Be sure to have your camera ready because it’s common for people to snap pics of floating objects on the property and Chloe’s face has been reported to appear inside one of the mirrors. While most folks time their visits to Myrtles Plantation during the daytime, it’s now a bed and breakfast with 16 rooms. If you’re brave enough to stay overnight, you can ‘choose your poison’ when it comes to room availability – no pun intended.

Manresa Castle, finished in 1892, was originally a 30 room private residence. Over the years, the castle’s reportedly attracted two ghosts. One of them has a tragic backstory (don’t they all): a young woman was staying at the castle when her lover betrayed her. Devastated and heartbroken, she leaped to her death, her spirit haunting the grounds ever since. Even though the elegantly designed Manresa Castle is now a high-class hotel, the ghosts don’t seem to mind. They haunt the halls just the same.

The Lemp family came to America in 1838. John Lemp found so much success with his lager beer that he opened a brewery in 1840. Unfortunately, the wealth his enterprise brought the family didn’t keep them from disaster. In 1901, a child in the Lemp family died under mysterious circumstances, and the father shot himself inside the mansion three years later. A chain of events was set in motion that would unravel the family’s business and place within high society. Since that time, numerous ghosts, likely the members of the Lemp family, have been spotted in the mansion and brewery. You can find out for yourself by booking a room or going on a ghost tour.

The Salem Witch Trials were one of the lowest points in American history. Terrified townspeople, giving into hysteria, executed almost two-dozen unfortunate souls suspected of witchcraft. Thought to be witches, the victims were blamed for the town’s perceived woes. It’s no wonder many areas in Salem are considered haunted, including the Hawthorne Hotel. Guests often report feeling uneasy during their stay and witnessing odd happenings in the hallways and stairwells.

Orrin Granger built the Buxton Inn in 1812, and it’s operated as a tavern and hotel ever since. Starting in the 1920s, staff members and guests have reported spotting the ghost of Granger wandering the halls. Room 9 is believed to be the most haunted area on the entire property, thought to be haunted by a former innkeeper. There have been numerous other reports of paranormal activity in and around the hotel. You can check it out for yourself by booking one of the suites.

The entire town of Gettysburg is a ghost enthusiast’s dream come true. After all, you can visit the famously haunted Gettysburg battlefield and follow that up by spending the night at the Gettysburg Hotel. Make sure you check out the ballroom, though, many ghosts have been spotted dancing the night away. Union Soldier James Culbertson is also believed to have taken up permanent residence in the hotel, and is often be spotted walking through the halls. Explore multiple haunted areas in and around the Gettysburg Hotel by signing up for the Ghostly Encounter tour.

After you visit the Northern ghoul in Gettysburg, travel to Charleston in search of the decapitated torso belonging to a Confederate soldier. This ghostly body frequently haunts the Battery Carriage House Inn as does a few other spirits that have apparently made the hotel their home. Room 10 has the most intriguing history of ghost sightings, If available, you might want to book this room and increase your odds of seeing a real ghost.

This beautiful San Diego resort has welcomed visitors for more than 125 years. At a first glance, it doesn’t appear the type of place a ghost would set up residence. However, the ghost of Kate Morgan, a former resident who passed away while spending the night, haunts Room 3327. Guests staying in this room have reported experiencing creepy feelings and seeing objects physically thrown by someone’s (or something’s) hand. With this in mind, 3327 might just be a room best visited without a lot of luggage.

These ten hotspots are all worth staying at but are far from the only haunted hotels in America. Some other intriguing places to consider include the Queen Anne Hotel in San Francisco, CA, and the Driskill Hotel in Austin, TX. No matter where you end up staying, make sure your camera’s ready, so you don’t miss that once in a lifetime shot.