Peter Kurten, The Vampire of Dusseldorf

Peter Kurten was born in 1883 in Mulheim am Rhein in Germany and became known as the Vampire of Dusseldorf due to the series of murders and sexual assaults he committed in 1929 in the city of Dusseldorf.

Kurten was from an abusive family and was the eldest of at least 10 children, though some sources say 13.  His alcoholic father repeatedly assaulted his mother and sisters while he was a child and when he was old enough, he continued the pattern of assault with his sisters.  He grew into a petty criminal, frequently running away from home.  He later claimed to have committed his first murder at nine years old, two boys whom he drowned when the three were out swimming together.

After moving to Dusseldorf in 1894, Kurten was imprisoned on a number of occasions for minor crimes such as theft and arson.  He found employment as a dogcatcher and was known to indulge in cruelty toward the poor animals.

His first attack on a person was recorded in 1913 when he strangled a 10-year-old girl named Christine Klein during a burglary.  He was imprisoned for eight years.  When released in 1921, he moved to Altenburg and married but returned to Dusseldorf in 1925.

In February 1929, Kurten began the killings which later earned him his name.  On February 8th, he assaulted a woman and then murdered an 8-year-old girl. A few days later, he killed a middle-aged man on the 13th by the stabbing him at least 20 times.

After the murders, Kurten went dormant until August, when he stabbed three more people on the 21st; murdered two foster sisters aged 5 and 14 on the 23rd and stabbed another woman on the 24th.  In September, he brutally murdered a serving girl using a hammer, dumping her body in the woods just outside the city.

October saw two more hammer attacks on women by Kurten then on the November 7th; he strangled and stabbed a five-year-old girl 36 times with a pair of scissors.  He then sent details to a local newspaper with the location of the girl’s grave.  Because of the variety of different methods used in the attacks, the police thought they were dealing with more than one killer and had, at one time, a suspect list of over 900,000 names.

After the November killings, Kurten committed no more murders but did launch a series of hammer attacks between February and March 1930, though none of the victims died.  He then attacked a woman named Maria Budlick, and dumped her, still alive, in Grafenberger Woods.  The victim was able to identify him and take them to his house but Kurten was able to evade the police until he was located and arrested on May 24th.

Kurten confessed to 79 offences including nine murders and seven attempted murders.  Indicating an affinity for cryptanthropy, Kurten confessed in interviews to drinking the blood of some victims and that he was excited by the sight of the blood which earned him the moniker the Vampire of Dusseldorf.  He was executed on 2nd July 1931 by guillotine in Cologne.

Kurten’s head was dissected and mummified as scientists examined it for explanations about his behavior.  It can now be seen on display in the Ripley’s Believe it or Not! Museum in Wisconsin Dells, Wisconsin. 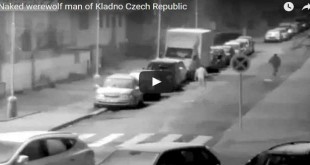 You’d expect survivors of a werewolf encounter to describe an assailant covered in fur, with …