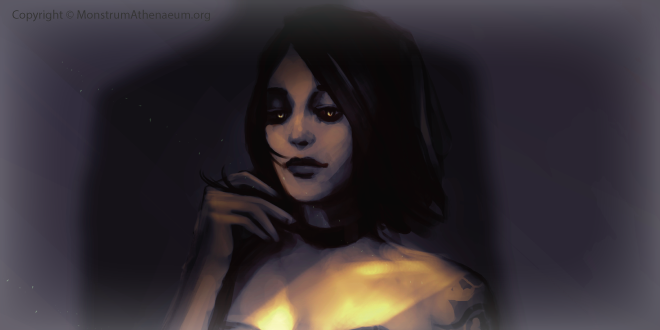 My best friends took me out on the night before the wedding to have one last “taste” of freedom before I said my vows. It was to be a night to remember.

A Night To Remember

I’m lost to darkness, thirsty and praying for an end. How can I have so much in one instance and then lose everything the next…

I will start at the beginning. I’m a doctor and considered a handsome gent by most and was going to be married to one of the most eligible socialites in London. My best friends took me out on the night before the wedding to have one last “taste” of freedom before I said my vows. It was to be a night to remember. We headed to a pub on the East end and had a glorious time. We came out very happy, stumbling together, locked in arms. My two friends, Edmund and Thomas, were a wee bit drunker than me. Thomas, the largest and rowdiest one of the bunch, spoke up and said he had a surprise for me. We continued to stumble down the street until we came to a neglected area I knew to be frequented by pickpockets and prostitutes. It was very cold, and I saw my smoky breath form as I exhaled, making our way down the street.

Thomas informed me that we would be picking up one of the “juiciest chickens” tonight and getting me “broke in” for Molly, my wife-to-be. I had no intention of doing such because I often treated men who picked up very nasty diseases from these “chickens.” I humored him as we passed several large raw-boned women which I was actually in fear of.

“There, Edmund,“ said Thomas. “look at ‘er.” I looked, as well, at the prostitute standing in the doorway of what appeared an empty building. She turned to look at us, the sound of our voices catching her attention. Thomas strode across the street to discuss business…breaking me in, I suppose. While he was talking to her, she turned and looked at me and smiled. One part of me wanted to take her home and forget everything about Molly, and a deeper part of me knew something was wrong and to turn the other way and just leave. Oh why couldn’t I have followed my instincts!

Thomas paid her, and we headed off to her flat. The smell of the street made me nauseous and I felt bile coming up as I dodged horse droppings and other types of filth. We reached her home, an old building with small quarters, and went up to her room which was illuminated solely by a small lamp she lit with a match. No one was in the other rooms, which was very unusual because the brothels were usually packed with the girls and their clients. Not here, though.

It was a large two-story building with no one in it. The hairs on the back of my neck stood up, and I felt oddly disturbed. My very drunk friends obviously did not as they threw insults and made crude jokes back and forth. She didn’t notice and walked over to the bed to put down the lamp by the bedside. She was lovely and appeared to be a Romanian girl. I was in awe of the perfection of her beauty but Thomas wasn’t and pushed by me. He grabbed her arm and told her he and the boys were “going to have her and his money back by the time we were through with her”. She protested and, all of a sudden, Thomas struck out and hit her hard across the face.

I raised my hand up, stepping forward to stop the madness, and suddenly realized she had not moved with the force of Thomas’s blow. He had hit her hard enough to knock a normal woman across the bed, aiming to knock her unconscious. The skin on her face moved like it was a liquid. In an instant, she grabbed Thomas by his head and with one quick movement, snapped his neck.

Edmund and I ran to the door but she was in front of it by that time. She grabbed both of us and the next thing I remember, she bit Edward with her sharp little teeth. He fell and started to crawl away. I saw him slow down as if a paralysis overtook his body from the bite and he stopped. She dragged me to the bed and tied me fast to the end of the post. I couldn’t get away and was ashamed of my fear. The repulsive little beast went to Edmund and took his shoes and his clothes off. She then went and laid down flat near his feet, positioning her chin on the ground right in front of his feet. Her eyes rolled back in her head, she dislocated her jaw and began swallowing Edward – whole-feet first!

I thought I would go mad at the sight. Her body and throat swelled and convulsed like a swollen snake. As she reached his head, his eyes bulged from the pressure, like a huge rat. He was alive for most of it. She lay there all night and into the next day, like a bloated leech. After she finally returned to normal, the next evening, she did the same to the body of Thomas.

I waited, sniveling like a baby, as night came. I cried and knew I would never see Molly again. She returned to normal and sat up, giving me the sweetest smile. Crawling over to me, she whispered “Hello, my little mouse,” and licked my face with her tongue. My God, her tongue is rough like a cat, I thought to myself. She bit her arm and held it over my mouth, pinching my nose so I would drink the liquid as it spurted in my mouth. God help me it was good and I didn’t want to stop. She left me for a while and I could feel something changing in me, it felt like the darkness itself was alive.

She came back and, without a word, cut me free of my restraints, releasing me into the night. I went straight home to retrieve my surgeon’s bag, there was work needing to be done. I was very thirsty. That night, I began the murderous spree in Whitechapel that would make me infamous. The darkness and thirst would never be quenched, I know that now, and I’ve realized sunlight is starting to burn my skin. Soon, I know, it will be deadly for me.

Tomorrow, I will go in the sunlight and kill myself because I know I want to go pay a visit to Molly, and show her the darkness, too.

I’m lost to darkness, thirsty and praying for an end. How can I have so much in one instance and then lose everything the next… I will start at the beginning. I'm a doctor and considered a handsome gent by most and was going to be married to one of the most eligible socialites in London. My best friends took me out on the night before the wedding to have one last “taste” of freedom before I said my vows. It was to be a night to remember. We headed to a pub on the East end and had a glorious…
A Night To Remember
A Night To Remember
The Librarian