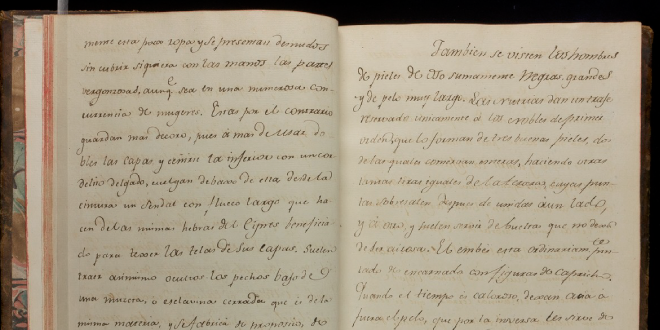 One of the earliest accounts in recorded history of Bigfoot sightings dates back to 1792 and was recorded in a journal named Noticias de Nutka: An Account of Nootka Sound in 1792 by Jose Mariano Mozino. The journal was written during a time when the exploration of the Pacific Coast was underway by the Spanish and English.

The story starts in 1774, when Captain Bruno de Esceta documented an inlet he discovered called Mowichat by the local Nootka tribe.  Eighteen years later, in 1792, Juan Vincente Guemes, Viceroy of New Spain, ordered an exploration of the Pacific Coast to compile an extensive ethnography of the inhabitants. Among the group of explorers was a naturalist named Jose Mariano Mozino from Temscaltepec, Mexico. Mozino chronicled the expedition in a journal, which, oddly enough, remained undiscovered until 1913; after which it was translated to English.  The journal now resides in the Beinecke Rare Book and Library Collection.

In his journal, Mozino writes about a creature named the Matlog which dwelled in the mountains and terrorized the tribespeople. Matlog was described as having a huge monstrous body covered in black bristle-type hair.  The creature’s skull was similar to a human’s in shape but much larger with sharp, strong fangs similar to a bear or wolf.  Its arms were long with curved claws on the fingers and it was known to emit a terrible scream.  It’s no wonder the tribespeople believed the creature was some type of demon.

While not mentioning the Matlog specifically, a similar account of a creature in the same area came from a trapper named Muchalat Harry over 150 years later.  In 1928, Harry had left the company of the Nootka Indians to travel up the Conuma River in his canoe.  At nightfall, Harry made his camp and settled down for the night in front of his campfire. Suddenly, he was lifted off the ground and carried away.

Unable to break free from his captor, Harry was carried some 2-3 miles away and at first light found that he was in a horrifying situation. Harry had been abducted and taken to a camp of Matlog were at least 20 of the creatures, both male and female of all different sizes, were staring at him intently.  Spotting a pile of bones, Harry thought he’d surely met his fate but, as it turned out, the creatures were more interested in the blanket he was still wrapped in than eating the trapper.  During the course of the day, the creatures lost interest in him and he ran.  Exhausted having run 45 miles non-stop, Harry made his way back to the Nootka village where he was found by a Catholic missionary.

It took Harry three weeks to recover from the incident and at first he refused to speak of his ordeal.  Finally, he told the priest what had happened but, obviously for good reason, never returned to the area and refused to go into the woods alone.

Gradually, the people of the area stopped using the term Matlog and by the 20th century, the creature became known simple by its 20th century name, Bigfoot. Despite the name, perhaps even today, there is a breeding colony of the Matlog deep in the woods near the Pacific coast.