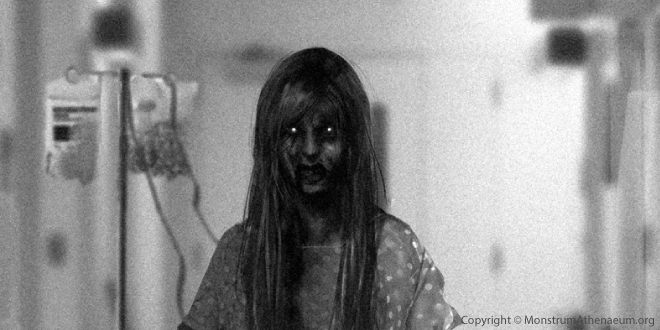 Are we one step closer to the first Ebola zombie? The CDC is covering up the truth that Ebola has the potential to become a real zombie apocalypse.

Are We One Step Closer To The First Ebola Zombie?

Are we one step closer to the first Ebola zombie? Things have gotten much worse since we last asked if Ebola has reached the United States. In that article, we questioned the credibility of the CDC and correctly stated the “Centers for Disease Confusion” would go out of their way to provide misinformation and downplay the seriousness of the threat. We also told you to plan for the “what if” and do your own due diligence:

Do your own due diligence – don’t listen to anyone advising you to not prepare for the sake of maintaining status quo. In all likelihood everything will be fine but plan for the ‘what if’.

Flash forward two months later and where are we? We’ve gone from the hypothetical discussion Ebola could reach the United States to the reality there are two confirmed cases in Texas. To make matters worse, the second confirmed patient is a 24 year old health worker infected while she cared for the first patient who recently passed away. So how did we get here? Specifically, we’re not asking “how did we exponentially go from a handful of cases to over 4,000 deaths in 6 months”.

Rather, we want to go back a bit further and ask “how the hell did Ebola ever get this far since it was discovered?”

Ebola was first discovered in 1976 and is truly a case study on why not to trust the government (any government) when it comes to the truth about anything which could cause public panic. The virus was named after the location of the very first outbreak in 1976, the Ebola River in the Democratic Republic of the Congo. While patient zero remains unidentified, the first outbreak was spread by the practice of reusing five needles to treat patients at a small hospital. You may laugh but the US military during World War 2 followed the same practice; reusing needles until they were bent or too dull. However, reusing those needles was not the only factor contributing to the spread of the virus.

Very early, before the outbreak spread to claim almost 300 lives, a nun caring for the sick at the hospital became seriously ill with what we now call Ebola-like symptoms and hemorrhagic fever. A sample of her blood was sent for analysis and the scientists examining the specimen quickly new they were looking at something they’d never seen before and alerted the government. However, instead of acting quickly and placing the hospital under quarantine, the health workers were advised to continue caring for the sick and no special precautions were necessary. Sound eerily familiar?

Thirty-eight years later, the world is witnessing an outbreak of the deadly Ebola virus which has swept through several countries in West Africa. The scenes there are truly nightmarish, and appear to be more like something from a horror movie than real life but it is very real and the threat it poses to the nations of the world is very serious. Up until recently, the virus was typically spread through direct contact with an infected host. However, recent speculation admits the virus may be mutating to become airborne or at least may be transmittable via aerosol particles.

“We believe there is scientific and epidemiologic evidence that Ebola virus has the potential to be transmitted via infectious aerosol particles both near and at a distance from infected patients, which means that healthcare workers should be wearing respirators, not facemasks”. – CIDRAP.

Video of the areas infected with this possible world-ending plague show health workers in chemical suits, tented field hospitals and a public with an expression of genuine fear written on their faces. One health worker stated she lives in fear she may become infected with the Ebola virus while working to treat the patients who currently suffer from its symptoms. Those symptoms are a nasty combination of high fever, muscle aches and pain, general weakness, severe headaches, upset stomach, vomiting, diarrhea, and the disease’s signature symptom, which is bleeding and bruising.

In each successive outbreak we were told everything is under control and the Ebola virus was next to impossible to contract without direct patient contact. However, while the CDC was telling you this misinformation, the US State Department was really putting in an order for 160,000 Ebola proof body suits:

“We understand the difficulty of getting appropriate products through a procurement system that in times of crisis favors availability over specification, and we hope our added capacity will help alleviate that problem.  With the U.S. State Department alone putting out a bid for 160,000 suits, we encourage all protective apparel companies to increase their manufacturing capacity for sealed seam garments so that our industry can do its part in addressing this threat to global health.”

That’s great, Ebola’s in the US and the CDC doesn’t know its head from a hole in the ground but how, you might ask, is this related to a zombie apocalypse or even the first Ebola zombie? This is not meant to be taken in the literal sense of the phrase “zombie apocalypse”, at least not yet, as to-date no one who’s died from the Ebola virus has gotten back up and sought to chew on human flesh.

In reality, while Ebola might not ever mutate into a Zombie virus turning your neighbor into an undead eating machine; it still has tremendous potential to shut down our society overnight. During an outbreak when people fear for their lives, things get ugly fast. As an example, villagers turned on aid workers killing eight with knives and rocks because they blamed them for causing the illness. Granted, that was Sierra Leone but imagine a situation where the supply of food and water is depleted and the supply chain breaks down. Your hungry, scared and possibly sick neighbors will be looking to take whatever they need from anyone, including you. Who can blame them, wouldn’t you do the same if your child, husband or wife was ill and you had no other options?

It’s through this break down of society the Ebola virus essentially become a zombie virus. The contamination spreads as people fight to survive and are exposed. The problem will only be exasperated when sanitation systems break down and bodies start piling up. Ebola is also infectious to the general animal population which means abandoned pets and wild life now become carriers. With no cure and essentially a 90 % fatality rate, it’s almost certain a wide spread, airborne Ebola outbreak could match the devastation of the black plague or Spanish flu.

Unfortunately, some people fantasize about a zombie virus turning the world into an apocalyptic wasteland because it removes the human element. There’s very little natural human instinct keeping us from defending ourselves, by whatever means necessary, against throngs of rotting undead because we no longer identify them as people. However, what if they weren’t undead? What if we’re dealing with women and children deranged with fever seeking any type of help they can find – what then? It’s not as fun as fantasying about dealing with the undead – is it? It may be cool to imagine dropping a Zombie at 100 yards but how would you feel having to shoot a lost golden retriever running to you for food and safety?

In July of this year, before the two confirmed cases in Texas, there were two American health workers infected with Ebola, who were subsequently sent back into the US for treatment by the CDC. Now this is where the metal meets the road, ladies and gentlemen, as the Ebola virus has no known cure and is considered extremely contagious. Why then, risk the safety of the entire American population to try to save just two people, who I might add knew the risks concerning their jobs, if there is no known cure? The answer, quite simply, is the CDC under estimated the contagious pathology of Ebola.

Please, do not continue to listen to the misinformation from the CDC (whether they did it intentionally or as a result of incompetence) and begin to prepare for the worst. The best way to steady yourself against a potential Ebola fueled apocalypse is not maxing out your credit card on weapons and body armor. Rather, be a strong neighbor by preparing to help others weather the storm with food, medicine and clothing but take the necessary precautions to remain uninfected yourself; you can’t help anyone if you’re a carrier. The key is to help keep your community together long enough that you survive intake and can begin to rebuild quickly.

What are your thoughts – do we have a zombie apocalypse in the making? Is it possible mutations could create the first Ebola zombie in the near future?