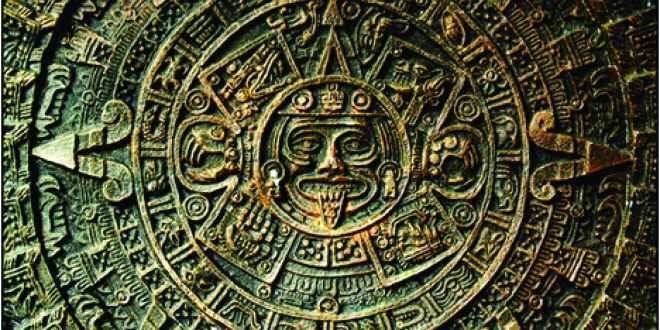 Aztec Vampires and the Apocalypse

Many religions have committed atrocities against each other in the name of their deities or God, but the the oldest religion in the world is the most true and cruel, and it is the one that was central to the Mesoamerican cultures, and in particular, the Aztecs. In the beginning, the gods, Quetzalcoatl and Tezcatlipoca joined forces to create the world, and before their intervention there was only the sea and the monster, Cipactli, a crocodilian hag. They lured her to them and used their magic to distort her body into the lands that we now know.

But Cipactli was in agony and the people in the old days had to make sacrifices to comfort her pain. Many cults of indigenous people followed the Aztec deities, but two of the most powerful and war-like cults followed the gods Huitzilopochtli and Tlaloc. Huitzilopochtli was a god of war who rode dragons and lorded over the serpents that crawled on the ground. Tlaloc was his lover and god of the rain and storms. When the Aztecs went to war against their neighbors they would burn the towns with Huitzilopochtli’s dragons and carry survivors back to sacrifice to the gods.

The Aztecs were the favored children of Huitzilopochtli and Tlaloc and their enemies would be placed on the sacrificial stones of the pyramids of the sun and the moon to be cut open with their obsidian knives and their hearts ripped out and held toward the sky in tribute to the gods. The bodies would then be drained of blood and cut in to pieces. The Aztecs would drink the blood and consume the flesh of their victims. The Aztecs were so favored by Huitzilopochtli that he made their most fierce warriors immortal–in essence making them a race of vampires. The sacrifices were needed to keep the gods vigorous because the universe would collapse after each 52-year cycle if the gods were not strong enough, and every 52 years the universe was in danger of extinction.

Tezcatlipoca was the most powerful of the gods, and he was furious after he saw that Huitzilopochtli made the Aztec warriors immortal. He struck Huitzilopochtli down and destroyed his dragons, and there were dragons no more on the earth. He made the sun burn the immortals of the cult of Huitzilopochtli, and destroyed them before Huitzilopochtli’s eyes before he killed him, also. He then banished Tlaloc and her cult from the lands and brought drought, pestilence and war to any people that drank human blood and consumed flesh. The Aztecs and many cultures in the area died out during this time.

All new vampires sprang from Tlaloc and her original cult, and they grew weaker and more corrupt with each generation. Tezcatlipoca sent celestial bodies to the earth to slam into the Earth if Tlaloc and her followers ever missed the 52-year fire sacrifice, which is a special sacrifice where the victim is set on fire. They missed a few and that is where you see many massive meteor craters today. In 1990, Tlaloc was killed with an obsidian blade given to Abraham Van Helsing by Tezcatlipoca, and Van Helsing believed he was doing the right thing by exterminating the vampires. Instead he was sealing the destiny of humankind.

The cult of Tlaloc became more corrupt and weak with the passing of time and before long they strayed away and stopped making the 52-year sacrifice–in fact, all sacrifices, keeping the blood to themselves. The other gods demanded that Tezcatlipoca destroy all the people of Earth after this. He raised his hand and asked that they wait. Cipactli, or Mother Earth as she was known these days, cried out in agony these days as the people drilled holes in her and poured filth and chemicals in her oceans.

She shook with violent earthquakes and vomited forth the sick fish of her oceans as she became weaker. She begged for her sacrifices to stop her pain. Tezcatlipoca saddened by poor Cipactli’s plight, and the death of so many of the creatures on the land and in the sea–looked to the mythical jaguar-goddess Tlazolteotl for answers. Tlazolteotl said that as long as the jaguar still made the long trek from Mexico to Arizona that they would never destroy the Earth–even though the humans were abusing Cipactli. Many years later, the last jaguar was making her long trek across the desert lands and crossed the highway when a car hit her–Tlazolteotl weeped for the jaguar before she died because they were the last of her children. Darkness spread across her face as she vowed to plunge the Earth into the same darkness as was in her soul now.

The headlines that the people read the day after Tlazolteotl decreed that an apocalypse would rain down on earth discussed the threat of an asteroid risk being worse than what scientists originally thought it would be. Scientists actually knew that a large chunk of earth that was large enough to destroy the earth was hurtling toward it and estimated to reach the planet in a week-and there was nothing anyone could do about it. They told no one because there was really nothing anyone could do about it.

Many religions have committed atrocities against each other in the name of their deities or God, but the the oldest religion in the world is the most true and cruel, and it is the one that was central to the Mesoamerican cultures, and in particular, the Aztecs. In the beginning, the gods, Quetzalcoatl and Tezcatlipoca joined forces to create the world, and before their intervention there was only the sea and the monster, Cipactli, a crocodilian hag. They lured her to them and used their magic to distort her body into the lands that we now know. But Cipactli was…
Aztec Vampires and the Apocalypse
Aztec Vampires and the Apocalypse
The Librarian

Previous Government Cover Up? Pakistani Brothers Might Have Been Ghouls – Not Cannibals
Next “Vampire” Vet Uses Caged Animals As Blood Source