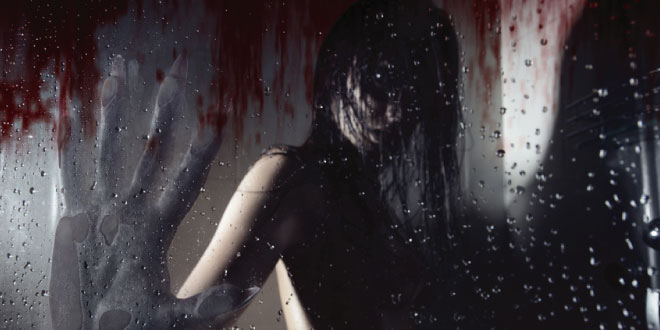 I don’t know if it was out of pity or having a captive audience but the hostel owner shared his advice on how to survive a werewolf attack.

In my younger years, my friends and I visited Romania for a while. We had saved up our cash and went backpacking all over Europe for a while. You know what we found out after we got there? That place still has werewolves – at least that’s what they all believe! It’s crazy, but true, and I don’t really expect you to believe me but the townspeople swear the place is teeming with them.

On our last stop before heading back to New York, we wound up in this hostel in Bucharest where we spent a few weeks. We loved bar crawling and hanging out with the local girls but it was crazy because we were warned by just about everyone we met that there were werewolves there and they were dangerous.

At first the boys and I didn’t believe werewolves really existed and laughed drunkenly amongst ourselves as we walked the streets at night. We thought the locals were pulling our legs; putting one over on the tourists! Then we saw one…

Jesus, it was huge! We happened upon it when we were walking back to our hotel after a dive bar closed and threw us out. It went loping away into an alley when it saw us. Sure we were drunk but not too drunk to know that wasn’t a large dog or a wolf we saw that night. We rushed back to the hostel and locked ourselves in the room for the night.

The next morning we notified the hostel straight away; we were sure they’d fetch the authorities but surprisingly they didn’t. We learned very quickly the townspeople didn’t want to have anything to do with hunting down a werewolf reported by a bunch of drunken Americans. We must have been making quite the commotion because the hostel owner, an English guy, came over to us to find out what the problem was. After we told him what we saw, he laughed and told us it probably wouldn’t be the last time we saw one but we had been lucky because it’s not uncommon for foreigners to go missing in those parts.

This one seems like a no-brainer, and me and the boys are going to do just that. “The best way to avoid a werewolf attack, of course, is to stay inside when the moon’s full,” the hostel owner told us. We’ll just bring the girls and the party to the hotel, we agreed. Then he said to us, “Now, keep in mind about that one, it isn’t completely full proof  And he said that he had seen some more experienced werewolves transform on other nights. “The full moons are a powerful pull on newer ones with less experience and control.” “Good to know,” we sounded off in unison. http://ilovewerewolves.com/how-to-survive-a-werewolf-attack/ontrol

We read on: Werewolves are hard to kill because they’re so damn big and pissed off–not impossible to do it, though. Axes, crossbows, and rifles and pistols that are loaded with silver tipped bullets or mercury encased bullets are weapons that are affective against Mr. Big Bad. “Some of the local bouncers that stay outside clubs are partial to tasers when a werewolf runs up and tries to eat the clientele. Zap! Stops ‘em in their tracks” the hostel owner said. “Easy to finish em off that way!” http://remotecontrol.mtv.com/2011/06/28/teen-wolf-werewolf-attack/

The hostel owner also swore by the wolfsbane that was on the list. He promised us that the highly poisonous flower, also known as Devil’s helmet, had supernatural powers that would repel them. “Sort of like citronella for mosquitoes, wouldn’t you say, mates.” With that he laughed and produced some of the dried flowers in bags that he sold to us for 10 £. “Line your pocket with that, boys. If an unlucky wolf smell that, it’ll likely kill the bugger! http://www.urbandictionary.com/define.php?term=wolfsbane

The list continued–another way to repel or kill werewolves was to carry copious amounts of metal and herbs. Alchemists from long ago swore that mercury and silver were both toxic to werewolves. Werewolf hunters always carried great amounts of special grains, rye, mistletoe, and mountain leaves or ash. They made sure that they always had a large variety of weapons made from silver and mercury, too. “Got them behind the counter, here, too if ye ever need to try ‘em out. Guaranteed or your money back!” http://www.werewolves.com/how-to-kill-a-werewolf/

“You remember that movie, ‘An American Werewolf of London’?” the hostel owner asked us. “Well, that story about them two boys goin’ on a backpacking holiday in London and visiting that village pub is a true story. My uncle’s the one who owned that pub at the time and warned them not to go out to the moors at night. Fat lotta good it did! They went out anyway and got attacked. Mind that you don’t go into areas alone where no one can hear ya call for help.”

Our host went on with the next way to protect ourselves, “A brilliant way to protect yourself against a hungry werewolf is to get you a couple a big pooches to walk with you. Werewolves like easy pickins, and they’re less likely to attack you if ya got a couple a big hounds with you. They hate wolves and wolf hybrids the most, so those are good ones to have accompany ya on yer walks. An Irish Wolfhound, that’s a good choice!”

“We got lotsa local traps. Get one of the locals to show ya where they are. That way you can run toward the traps if one is after ya! If yer fast enough you’ll live, and one of those big bastards’ll spring the trap, then you can wait until he turns human in the morning, and reconcile yer differences, if ya know what I mean.”

“This one requires a few more bullocks then most fellas tend to have. You follow the werewolf around until it heads home at night. Then you do what you do when you catch one in a trap…”

“If you know the identity of the person that is a werewolf , you can cure them by calling out their Christian name three times. That’s what happened to you, weren’t it David?” David, the bellboy nodded his head when the hostel owner asked him the question.

Last, but not least, “Make sure one of your friends don’t run very fast. With that, everyone laughed and agreed Simon was the one we were “throwing to the wolves.” That made the old hostel owner bellow with laughter. “It’s survival of the fittest, boys,” and he gestured for the bartender to give us each a pint each to have on the house.