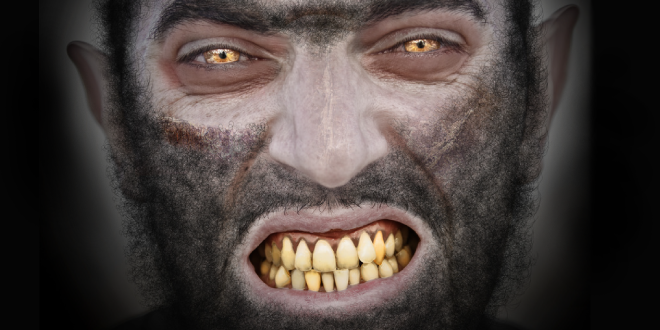 A New Political Animal: The Shape Shifter Of Macva

A New Political Animal: The Shape Shifter Of Macva

For a few terrifying months in 2008, the town of Macva, Serbia, experienced the deadly rampage of an unknown cryptid first hand. Villagers awoke most mornings to discover some unknown beast had brutally slaughtered their livestock. The carnage of dead goats, sheep and chickens was so enormous that the frustrated and terrified citizens of Macva simply stopped counting them after the first several dozen.

Initially, the villagers contacted their local police force for help which, unfortunately, led to increased frustration because the authorities didn’t believe them and weren’t interested in taking the case. Lack of police cooperation might have made sense if there had only been one incident but this was definitely a unique situation given the sheer number of brutal attacks. It’s curious and a bit intriguing to contemplate the possible motives behind the complete lack of action by the authorities who completely ignored the nightly deaths.

Presumably, police (even the corrupt ones) are primarily charged with protecting the safety and property of their citizens so it’s incredibly odd a ravenous beast slaughtering livestock would have gone uninvestigated. In fact, it’s odd enough to raise the possibility their failure to investigate the situation was intentional. Was someone in authority at Macva’s police force or local government protecting themselves or a loved one by refusing to investigate the attacks? This would definitely make sense if the beast was actually a werewolf or some other type of shape shifter who had influence on local politics while they were in their human form.

Firsthand Accounts of the Mayhem

Local resident Milorad Trsic Bacura witnessed the ferocious actions of the beast first hand when he lost several animals in one night. According to Bacura’s account, the beast appeared to target the largest animals it could find, killing two lambs, two goats and three sheep. Even stranger than the Beast’s selection criteria was the fact it kept all of its activity inside a small killing radius of only a few hundred meters.

No other nearby villages reported similar attacks which makes absolutely no sense that a wild animal would repeatedly focus all of its attention on just one small village. Large predators are known to have equally large hunting territories and considering the fact this predatory animal had easy access to several nearby villages; it becomes even more unusual for these attacks to have been so centralized in just one area.

Stanimir Stajko Radosavlijevic, Bacura’s neighbor, was the first villager to lose his livestock to the jaws of the creature. According to his eyewitness account, the poor animals were attacked and damaged so viciously that their internal organs were completely crushed. Radosavlijevic indicated he had never seen anything like this during his entire 80 years of life and he was shocked at how quickly and easily the beast was able to destroy full grown Virtemberg sheep.

How Often Did the Attacks Happen?

At first, it seemed like the villagers were waking up every morning to a new string of attacks. However, this quickly changed and the beast’s actions became extremely unpredictable. There were time periods when the attacks would happen night after night for several days in a row but then the beast would apparently lie dormant for up to 10 nights at a time. This made it even more difficult for the villagers to protect their livestock, leading to increased concerns about the safety of every animal and human in the nearby area. Again, the villagers pressed the local police to assist them but their pleas inexplicably fell on deaf ears.

After it became obvious there would be no nighttime help, the villagers tried a different approach and requested the police visit each home with a dog. Local hunters and veterinarians offered to accompany the police while they examined the dogs in the village to help them determine if some dogs had been afflicted with bloodlust. The proposal seemed reasonable because it would have explained the unusually small radius within all the attacks occurred. Unfortunately, although not unexpected, the police also refused to participate in this endeavor and again left the villagers to fend for themselves. There’s no logical reason for the continued refusal of the police to assist these people during a time of crisis, unless, of course, they were hiding something.

What Steps Did Villagers Take for Protection?

Even though the police were completely ineffectual, the villagers did take steps to attempt to keep their livestock safe. In fact, they quickly mobilized into action after the very first attack. Sadly, none of their efforts seemed to dissuade the beast from its murderous plans. Safer stables were built using the strongest wood available, and the top of the stables were lined with barbed wire. These stables were then secured by a thick lock, but the beast ended up merely crushing these locks and pushing its way inside.

This very curious action of forcing open doors seemed to indicate the beast had a basic understanding of the way locks worked and is another reason it makes sense to speculate the village was actually dealing with a shape shifter instead of a wild animal. However, it should be noted there were some cases when the locks were left untouched, highlighting the fact the creature was able to jump at least 6 feet high. According to the villagers, the Macva beast was unstoppable after it picked up even the slightest scent of blood.

What Happened to the Beast of Macva?

After several months of living in fear and suffering from devastating financial losses, the beast disappeared just as quickly as it had originally appeared. Several years have passed since the last livestock attacks within Macva but this doesn’t prevent the residents from continuing to speculate over what actually happened in their small village in 2008. At this point, the only thing everyone agrees on is the obvious impossibility these attacks were carried out by a jackal or a fox because these predatory animals are too small to have accomplished all the horrible deeds attributed to the unseen beast. Is it possible an influential shape shifter targeted Macva for a while before deciding to move on?

This is just as likely of an explanation as any other the villagers have come up with and it could definitely shed some light on the appalling lack of action displayed by local authorities. Either way, we do know for certain that some type of beast terrorized Macva in 2008 and its actions were not consistent with any of the local wildlife. Therefore, it’s understandable why the people in this small village still feel trepidation when they check their livestock every morning.

With any luck, the beast will never return but it’s impossible to feel safe without knowing why the beast disappeared. However, if the patterns of similar shape shifting cryptids are indications of what’s to come, this will not be the last the villagers see of the shape shifter.

For a few terrifying months in 2008, the town of Macva, Serbia, experienced the deadly rampage of an unknown cryptid first hand. Villagers awoke most mornings to discover some unknown beast had brutally slaughtered their livestock. The carnage of dead goats, sheep and chickens was so enormous that the frustrated and terrified citizens of Macva simply stopped counting them after the first several dozen. The Initial Response Initially, the villagers contacted their local police force for help which, unfortunately, led to increased frustration because the authorities didn't believe them and weren't interested in taking the case. Lack of police cooperation…
A New Political Animal: The Shape Shifter Of Macva
A New Political Animal: The Shape Shifter Of Macva
Meekdale