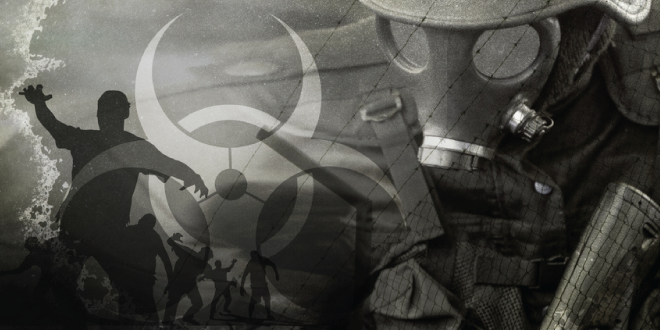 Is a Zombie Like Hunger Driving North Koreans AWOL

It’s a safe bet you’ve heard about the ordeal concerning North Korean computer hackers shutting down Sony’s network. All those “Call of Duty” players unable to access their online accounts had the world in an uproar prompting President Obama to threaten sanctions against North Korea for the cyber terrorism act. You’ve probably also heard about the North Korean brouhaha over Sony’s almost non-release of The Interview.  However, we bet you haven’t heard about another story involving North Korea that leaves us highly suspicious as to the true facts and circumstances since this country is notorious for propaganda and disinformation.

This is a rather gruesome story about a rash of North Korean soldiers who have been going AWOL (absent without leave) in search of food. Wait a minute, what? Were these men just so desperate, driven by a zombie like hunger, that they abandoned their posts (facing almost certain death) in search of food or were they ravenous because of some reason left unreported?

The story takes place in the Chinese province of Jilin, in the city of Helong. The report states that a soldier escaped from the North Korean Army to search for food; killing four people during his flight to freedom. The report goes on to say that North Korean soldiers often run away to find food because of a severe shortage of rations. That reasoning makes sense, right? A man gets hungry; the people he swore allegiance to can’t/won’t feed him, so he runs away to “get his grub on”. However, this is where the story becomes vague and suspicious because he did more than escape to the nearest buffet.

Chinese police are said to have shot the soldier and arrested him. Further, the news claimed extradition was unlikely due to the nature of his crimes. Apparently, the hungry soldier killed four Chinese nationals during his run and, according to the report, “they were either shot or beaten to death…” Well… that seems a little extreme if you were just searching for food. Considering four people were murdered, you get the strange impression very important details of their deaths took a major backseat to the official narrative that there’s an ongoing rash of fleeing, hungry North Korean soldiers. Instead, the media focused on the conditions of North Korean military service pointing out that any male who isn’t disabled is subject to serve ten years in the army. An army, might I add, that apparently starves its soldiers to the point of madness. It’s a pretty dicey story, which reeks of internal politics and cloak-and-dagger business ethics.

This story raises many questions: If the solider was merely hungry, then why was he killing people? Could the vagueness of the murders actually be the Chinese media’s way of covering a story much darker than the one reported? Could it also be possible the North Korean government is actually using their soldiers for other purposes that China would rather not comment on? Most importantly, could the North Koreans be engaged in human experimentation; intentionally releasing these test subjects into the population as a part of their twisted research?

Previous Are Sasquatches Living a Life of Domestic Bliss in Arizona?
Next Journal Entry – May 24th