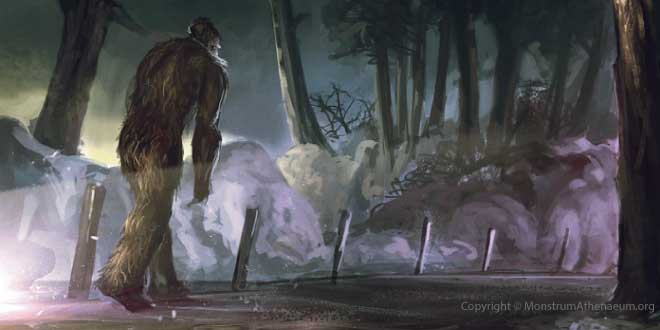 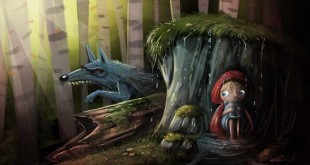 Fayette County, Pennsylvania has a long history of Bigfoot sightings and other occurrences dating back to the 1930s. It also boasts some of the strangest encounters particularly around the Chestnut Ridge area and researcher Jim Brown has documented many of them. The latest one involves a rather close encounter with Bigfoot that took place earlier in May this year.

The witness was traveling with another person late in the evening on a foggy, rainy night. The two were returning from a family visit to Chestnut Ridge, along Mud Pike in Fayette County, near the town of Fairchance. Suddenly, a large, hairy animal walked in front of their car – upright on two feet.

With limited visibility, the driver’s initial reaction was to suspect a bear had crossed the road upright, on its hind legs. The driver slowed the car, and the two attempted to locate the creature with flashlights but were unsuccessful.

A second creature appeared on the bank to the left of the car, twenty feet ahead of them. Standing in the headlights, on two legs, the creature was clearly seven feet tall and covered in long, dark fur. Obviously no bear, its arms stretched down below its waist. While no claws were visible, the palms of its hands were hairless.

The creature watched the duo for a few seconds, at which point the driver began to reverse the car. The creature took a few steps after them, and this continued for a short distance. Finally, the driver drove slowly towards the creature. Rather than backing off, it walked to the car and put its hands on the front. It was at this point the witnesses decided to leave, quickly, but the creature simply walked away.

Submitted by Holly Chavez Does Bigfoot exist? It’s a question our readers and writers find …