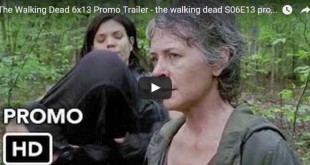 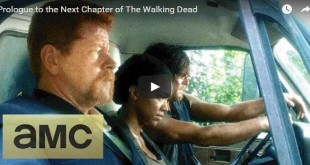 Well, Rick’s big plan to redirect a ginormous herd away from Alexandria (let’s call it “Operation Zillions of Zombies”) has gone spectacularly pear-shaped.

Rick hasn’t been a “good guy” for at least a season, now. He’s embraced his own brutality. His conscience is 90% scar tissue. He’s lost his ability to trust, or relate to, anyone outside his core group of survivors—which is a big problem because he’s become the de facto leader of Alexandria. The Alexandrians fell in line behind Rick because he convinced them it was the only way to survive.

But how has Rick held up his end of that bargain? The first three episodes of Season 6 put Rick’s leadership to the test and found it wanting. So can any good come of this latest string of disasters?

Well, the supporting cast is down to a manageable size again. And maybe—just maybe—this is Rick’s chance to realize the cost of his own tunnel-vision.

No one bought into the myth of Rick as a ruthless-but-effective leader more than Rick himself. Since Terminus, though, he’s cut out the middle and started seeing “ruthless” and “effective” as synonyms. We saw this back in Georgia when Rick argued with Tyreese over how to get into Grady Memorial Hospital. He had total faith in his own “murder everyone” plan, and only accepted Tyreese’s alternate “murder-optional” plan because everyone else preferred it. Now he just led a group of untested Alexandrians into danger and wrote them off as dead when the plan went bad—hardly the fierce loyalty Deanna brought him in for.

And let’s be honest: Operation Zillions of Zombies was never going to go well because this is The Walking Dead. But it’s important to understand that everything that’s gone wrong this season has been due to unforced errors by Rick.

You may think I’m being too hard on Rick. After all, it’s not his fault that the zombie herd broke out of the quarry early, forcing him to execute Operation Z.O.Z. ahead of schedule. That wasn’t really the problem, though. It wasn’t until The Most Annoying Sound In The World diverted the herd that Operation Z.O.Z. broke down.

But that noise was the result of the Wolves’ raid on Alexandria. Am I saying that was Rick’s fault? Yes, I am. The Wolves were apparently smart enough to attack while Alexandria’s most competent survivors were away. Rick knew the Wolves were out there—he would have heard about them from Morgan and Daryl, and he ran into their handiwork himself in Richmond—and he should have put together that they would have Aaron’s backpack, so they would know what an appealing target Alexandria was. But he chose to put a plan in motion that would leave Alexandria barely defended.

As doomed naysayer Carter said, “There’s gotta be another play.”

Remember that it was Rick who stressed the need for armed guards on Alexandria’s walls. He understood that the settlement had to protect itself from humans as well as zombies. If Rick had kept Alexandria’s fighters at home, the Wolves couldn’t have done nearly as much damage. On top of that, Alexandria would almost certainly be in a better position to fend off whatever part of the herd came its way.

Maybe the least risky play would have been to sit tight behind Alexandria’s walls. The truth is that Rick’s not capable of sitting tight—he had to face the danger head-on. Consider the end of “Forget” last season, where Rick leaned longingly against the wall listening to the zombie on the other side, or “Try,” where almost the whole stir-crazy crew contrived to sneak outside for some unnecessary danger.

Toward the end of this last episode, Rick even had to give a pep talk to the team with the most boring job—driving agonizingly slowly at the head of the herd—reminding them to stay the course instead of running to the battle in Alexandria. If Rick had restrained his own impulses earlier, he wouldn’t be in his current position.

That position, right now, is trapped in a stalled RV as the herd shambles around him toward Alexandria, where he left his own children undefended. He’s going to have a long time to consider how his own errors led to this.

P.S.
I’ll spare just a few words to mention what everyone else is talking about after episode 3. “Is Glenn really dead?” the internet cried out in unison. Betteridge’s Law is useful here: when a headline ends in a question mark, the answer is probably “no.”

Previous Is This New Bigfoot Footage Really The “Most Impressive”?
Next If Our Politicians Were Werewolves Or Vampires…Donald Trump would be a werewolf?