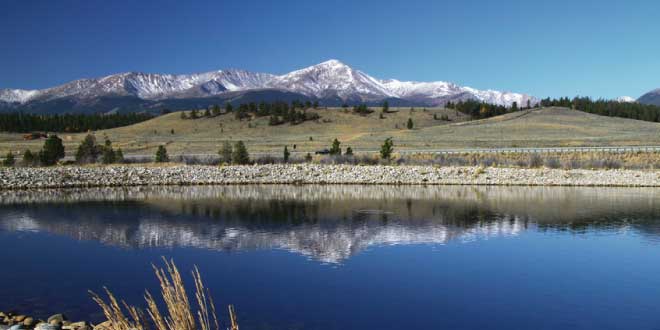 So you go for a hike. Determined to reach the top of Mount Elbert, the highest peak in the state of Colorado, you try a third time having failed on two previous attempts due to the weather.

You begin your trek at 7 am on a bright and unseasonably warm day for May. Only a touch of snow remains on the top of the mountain. On the path ahead you plan to encounter local wildlife, perhaps deer or some other well-reticulated woodland residents. You don’t expect to see Bigfoot.

You can imagine one adventurer’s surprise when he reported that very unimaginable rendezvous to Squatchable. After ascending almost 12,000 feet, it was late afternoon and time to head down. During the return trip, the hiker heard a strange, high-pitched scream.

Scanning the area, the hiker spotted a tall figure watching him covered in dark, matted fur, standing little more than a hundred feet away. Abruptly, it turned and fled, running on two legs but hunched over with an inhumanly long stride.

Ten seconds later, the figure vanished into the trees. Frightened, the man retrieved a pistol from his pack and continued down the mountain but saw no further signs of his furry friend.

While this might be the case of the first Mount Elbert Bigfoot sighting, Colorado is no stranger to Bigfoot sightings, particularly in the remote wooded areas where human populations are sparse.